The origin of the modern Roman civilization lies in the Republic of Rome which was later known as the Roman Empire. The most of the legal infrastructures today are very much influenced by the Roman law. The eye-catching art pieces that are blooming in the world markets today are based on the Roman art. The sculpture and literature of Ancient Rome are still enjoyed by the people today.

Major European languages have their origin in the ancient Roman language, Latin. On the same lines, the Roman civilization and the orderly systems of Roman government have offered the world with greatest artists, designers, and craftsmen. The Ancient Roman furniture is a topic that has catered the archeologists with a bulk of knowledge regarding the designs, trends, techniques, and variety of furniture in the early Roman Empire.

The ancient Roman houses and furniture designs have made a great influence on the present-day houses and furniture. The great prosperity and wealth that Rome had acquired in short period of time and hence the newer and richer trends were being introduced in the designs of furniture in the royal houses as well as in the common man houses. 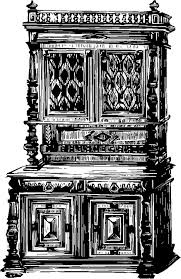 The upper-class merchants and the rich legislators were soon influenced by the elaborate designs in architecture and décor.

The ancient Roman furniture comprised of artistic items that were made by using high-quality material and craftsmanship. These items were very elegant and costly in the Roman markets.

The pictures and paintings of the ancient Roman furniture on the frescos are still found in pieces and ruins on ancient Rome. These pieces of art are the most important source for the present-day architects and designers to reconstruct the monuments as per the fine accuracy in the early times of Rome. 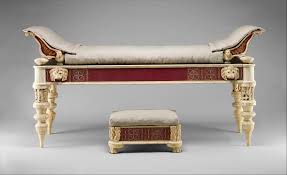 Though the rich and royal civilians of Rome were much into politics and military, they were great lovers of art. The artistic nature of the Romans reflected in the furniture of their houses too. The furniture in the Roman houses was much sparse. The houses were not overpopulated with the furniture since the Romans liked to keep enough space in the house.

The furniture was usually designed to maintain the simplicity of the house. The frescos and mosaics added beauty to the furniture. The water features were intelligently used to make Roman interiors. The elaborate ancient Roman furniture was much inclined towards simplicity and elegance.

The walls of the Roman houses never had mirrors hung on them. The Romans had no writing tables in their houses. A desk was never a part of the Roman furniture. Similarly, the there were no chiffoniers or dresses in the houses. The houses had no glass door cabinets that usually meant to be used for display of books, tableware, etc.