He was a scholar and he was also one of the praetors for 58BC. His reputation is majorly for the learning that was second to that of Varro. It was at this time that his work was considered to be quite obtuse.

It is now that he has gained so much of fame and the great reputation among the other astronomers. His famous work is related to Pythagorean’s. This was something that was used in the field of mathematics, astronomy and also in Roman Astrology. This creation is often referred to as the magical creatures.

He has written a collection of 29books on various topics like linguistic and Grammaticism. Two of his most popular titles are the books on celestial space. One of these is on the Greek system and the other one is on the barbarian system.

He was a very close friend of both the popular men- Varron and Cicero. Tarutius took over the horoscope of Romulus and this was done at the request of Romulus. He did a lot of study and research and he very well studied the life and the death of the Roman founder and ruler. His calculation was based on the date of birth that was the 24th march. His calculation also resulted in finding the date when exactly Rome was founded.

He came to the conclusion that it was founded on 4th October in 754 BC. The crater of the moon is also named after him. 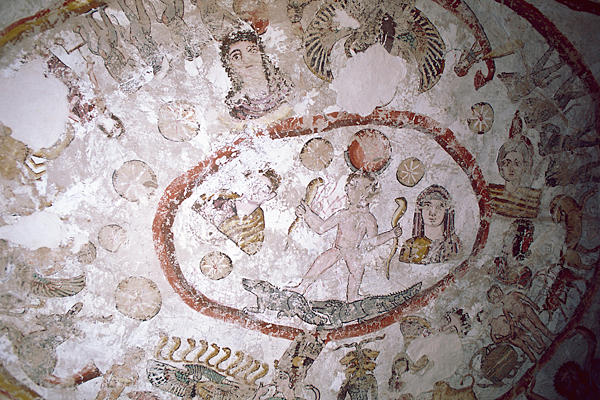 He was a Christian write and a very famous astrologer. There are very popular works of his. It was around the year, 346 that he dedicated his work to Constantius, the two.

It is his Christian work name ‘on the error of the Profane Religions’ that has been kept conserved in the Vatican library.

He was a very famous astronomer who was also the author belonging to the Roman Empire. His work deals with the major topics of Roman Astrology.

There is evidence that proves how he was someone of a great reputation. He also gave his quite contemporary view on the development of all the astrological techniques and his attitude was quite different towards this subject. The treatise in the fixed stars is the best-recorded source that talks about how astrology was practiced in the ancient Roman times.