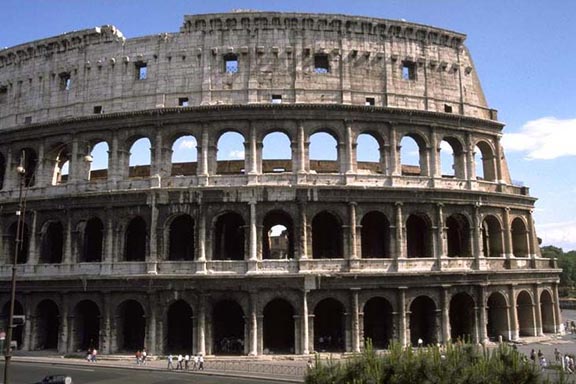 During the ancient Roman period family was the core of the society. The Paterfamilias was the head of the family who had control over the family members. Slavery was a part of the Roman society and there were places like slave market wherein the slaves were bought or sold.

The ancient Roman society also comprised of Plebeians. The only persons who were permitted to vote during the reign of the Roman Republic were patricians and plebeians.

Education formed an important part of the Roman culture. The Roman educational system was influenced by the educational system set- up by the Greeks. Education comprised of reading, writing, and arithmetic. Children were educated at home in subjects like Roman law, Latin, Greek, grammar, literature, and customs. 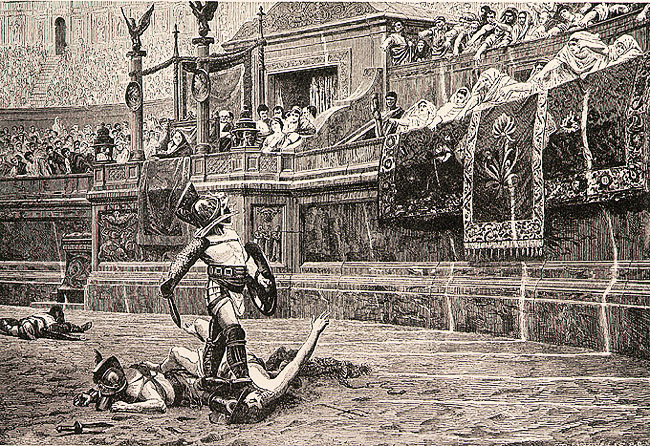 Boys were especially given physical training so as to enable them to join the army when they were old enough to be a part of it. Girls were trained by their mothers the art of sewing, spinning, and weaving. Public baths were considered to be a place where people met their friends and socialized. There were separate baths for men and women.

The clothes worn by the ancient people were simple. The clothes represented the class of people in ancient Rome. The people belonging to lower class wore tunic made from the course and dark material.

The patricians and senators wore tunic made from linen and white wool. In the ancient Rome, men wore togas and women wore stola and paella or a shawl. The tunics worn by young boys reached up to the knee- length and it was bordered with crimson.

Along with the clothes, the footwear also indicated the class of the person. The diet of the ancient Roman people was very simple and is comprised of bread, salad, olives, cheese, meat, nuts, fish, vegetable porridge, and fruits. People had wine mixed with water and it was a staple drink.

The Roman literature was a part of its culture and had drawn inspiration from the Greek. The authors of the Roman literature wrote on subjects like history, poetry, comedy, and tragedy. The early Roman Empire period was known as the Golden Age of Historical Literature and the authors wrote on topics like politics or satire. During this time, works of Tacitus, Julius Caesar and Livy were popular.

The work by Virgil was the highlight of the Roman poetry. His most famous work was Aeneid. Other popular poets during this time were Lucretius, Ovid, Catullus, Horace, and Martial. Catullus was the first Roman poet who wrote love poetry.

Martial was known for his epigrams. Juvenal and Persius were known for their satires. Plays based on comedy were popular amongst the masses during the early Roman period. The works of Cicero was also popular.

Other cities in the ancient Roman Empire were influenced by the architectural style of the city of Rome. Marcus Pollio was a 1st century BC Roman architect. His work ‘De architecture’ was regarded as a classic text till the Renaissance period.

Sports and Entertainment was a part of the ancient Roman culture. In the city of Rome was a place known as Campus. It was originally built to provide a place for conducting drilling sessions for the soldiers. It was later on used as a track and field playground. Activities like jumping, wrestling, boxing, racing, riding, throwing and swimming were some sports commonly played by the people.

Ball playing was another preferred sport of the ancient Romans. The women did not take part in the sports activities. Other games popular during the ancient Roman period were board games like Dice, Chess, Checkers, Tic- tac- toe and Tabula.

Entertainment during that period included chariot races, musical and theatrical performances, public executions and gladiator fights in the Colosseum.Gladiator fights were common during the ancient Roman period where men fought with one another. Fights also included those fought between men and animals.

Religious beliefs were also a part of the Roman culture and gained momentum sometime around 500 BC. The religious ideologies of the ancient Roman Empire were adopted from the Greek culture. The Romans like their Greek counterparts represented gods in the form of humans. Apart from Greek gods, the Roman also accepted other foreign gods as a part of their culture.

The three chief gods worshipped by Romans were Jupiter, Mars, and Quirinus and were Greek gods. Roman families offered their prayers at an altar. The altar was a place in the house where offerings were made. Thus, every ancient Roman house had a place where the gods were kept and were worshipped.