Ancient Rome Boys: Rome was a patriarchal society. Though a male child was preferred over a female child, it was entirely the decision of Patriarch of the Family (Pater Familias) whether the boy could be a part of the family or not. Men were expected to be citizens of Rome and, from their infancy, were nurtured to that effect.

Nine days after he was born, a male child was given an amulet (a locket worn around the neck) called the Bulla to ward off the evil spirits, protecting the child during its infancy and when a boy became a citizen between the age of fourteen to sixteen, his Bulla would be removed and saved. 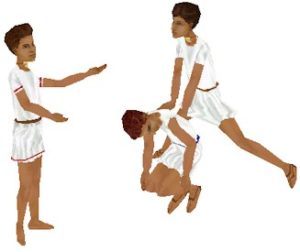 The Bulla could be worn by the owner again, on special occasions, to protect him from evil eyes and jealousy of others.

Roman Boys were educated and expected to be able to read and write, and most importantly, to be an effective speaker. Boys were taught at home by their mothers until the age of seven, after which they started their school. Subjects taught to the Roman Boys were reading, writing and counting. 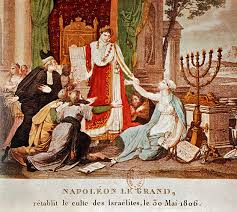 Other subjects taught to Roman Boys were Law, History, and Customs. Reverence for the Gods, Respect for Law, Obedience to Authority, and Truthfulness were the most important lessons to be taught. The school was seven days a week; there were no days off at the weekend.

The children would get a day off when there was a religious festival or celebration and there were a lot of these. Schools were not free and most poor families could not pay the tuition. A boy from a poorer family would have been educated at home by his father.

For recreation, Roman Boys played War games. Militarism was carefully woven into many aspects of Roman life. For one, all citizens were expected to keep themselves physically fit so that they were always prepared for military service.

Even young boys took part in rigorous physical training, and the recreational activities they enjoyed were more for healthy exercise than for the joy of playing. The outdoor activities included running, swimming, wrestling and boxing, weight lifting, horseback riding, javelin throwing, and hunting.

During their exercises, Romans also participated in a variety of sporting activities involving balls, including handball, soccer, field hockey, catch games, and perhaps even dodgeball. These usually took place in the palaestra or sphalerite (ball-courts).

In Roman Culture Roman boys wore traditional Roman Clothes. They wore a tunic down to their knees. It was white, with a crimson border. Once a boy became a man, he put aside his childish clothes and wore an all-white tunic.

A boy became a citizen at age 16 or 17. The year was selected by choosing the date which came closest to March 17th. Coming of age, becoming a citizen, was quite a celebration. On a boy’s sixteenth or seventeenth birthday, the boy dressed in a white tunic. The day ended with a dinner party, given by the father, in honor of the new Roman citizen.