Information on Roman Statues during the Roman period, art, Statues by the Romans, and historic statues.

Roman art, its sculpture has been known for years. This varied collection of Roman art has been discovered through excavations and these spans the period from the late period of the Republic which was during the 1st century BC till the late Empire which was in the 4th century AD. 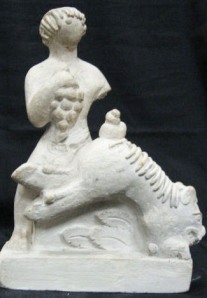 This collection of masterpieces include sculptures like, the bronze bust of a Roman mandated to be from the 1st century BC, a Syrian woman from the 2nd century AD), the reigning Emperor named Balbinus and Philip the Arab kind who were both ruling 3rd century AD). 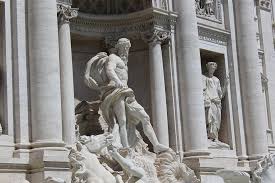 Roman official art, which affirmed the idea of the Eternal City by showing the Emperor as a god or triumphant commander – can be judged by the statue of Emperor Augustus as Jupiter (1st century BC) and the portrait of Lucius Verus.

Among the statues relating to different cults, we should note the enormous statue of Jupiter (1st century BC) from Emperor Domitian’s country villa. The exhibition includes a rich collection of Roman altars, reliefs, and marble sarcophagi.

The Hermitage collection consisting of Roman antiquities is polished by fine examples of bronzes, glassware, ceramics, and mosaics. It has been said in the past that Roman sculpture gained momentum after the Romans conquered Greece circa around146 BC. 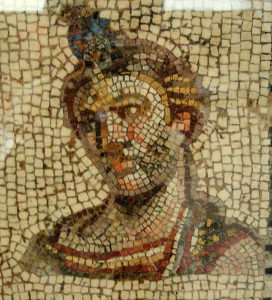 Even though many of the famous Roman statues that we know today were actually inspired by the Greeks, Romans still made it a point to consistently create new artifacts in that period. In fact, historical evidence shows that many of the wealthy Romans custom built copies of Greek statues to decorate their own villas and gardens.

The Romans, on the other hand, developed their own sense of style as their art evolved over a period of time. Unlike the Greek sculptures which portrayed had an element of personification in their ideal form, the contemporary Roman statues aimed for a more of a realistic view.

Romans most important contribution in Art

As a result of this, the Romans most important contribution to their art of sculpture was their ability to create realistic portraiture. While doing so, they were successful even in recording the homeliest facial details. This very style of creating realistic sculptures perhaps originated in the busts sculptures also knows as terra-cotta of ancestors which were displayed especially at funerals of Roman aristocrats.

For many years, ancient Roman statues were utilized in decorating public and private buildings. To add to this, much of this sculpture was used in customs like honoring the ruler, celebrating triumphs or victories and to promote the state or its governing bodies. 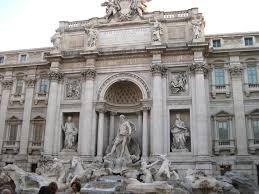 Starting with Caesar Augustus, the first Roman Emperor, sculptors created idealized statues of the imperial family. Consequently, the Roman tradition was followed by other rulers in the dynasty to sculpt their own busts.

It is also very interesting to note that while Roman statues survive in great numbers, few names of Roman sculptors were recorded. For the most part, Roman statues were typically created to serve the needs of their patrons rather than to express the artistic attitudes of their sculptors.