Family Life of Ancient Roman People: The average Roman family consisted of father, mother, children, married sons, their family, and slaves. If you didn’t get married by the age of 15-16, you were punished.

The person who decided who his children marry was the head of the house, the father (PATERFAMILIAS). The family was very important to the Romans. Women were under control of their husbands but controlled how the house was run and was known as (MATERFAMILIAS).

Rome didn’t have any public schools. Most children went to private school or studied at home. Their subjects were reading, writing, and arithmetic.

In many homes, the slaves taught the children. Before the age of fourteen, they studied Latin and Greek. Most schools had only one room and only one class. There were about twelve pupils.

Rich people usually lived in a townhouse called a Domus. Many of them also had a country house called a villa. But most people living in towns and cities rented an apartment called a tenaculum. 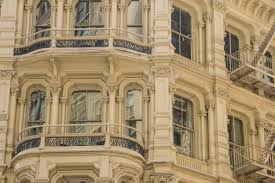 Some were very big and fancy, but others had only one room. The poorest people lived on the top floors, which were built out of wood. These could catch fire easily and isn’t very safe. They used oil-burning lamps to light their homes. There were many different kinds of lamps. 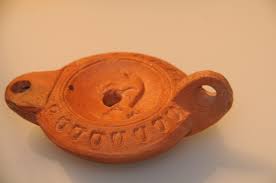 Romans sometimes used small rugs, but no carpets. Expensive houses had patterned floors called mosaic, made from tiny pieces of stone. Smooth wet plaster was spread over the floor. Tiny squares of bright stone were pressed into it to make a picture. The gaps between the squares were then filled in with plaster.

Most furniture that is still around today is made of marble or metal. They also had wooden furniture but this has rotted away. Most beds were probably very plain and made from wood.

How they cooked: Apartments didn’t have kitchens, so tenants had to buy ready-cooked food. Private houses had large kitchens with different fires for cooking different types of food. They also invented central heating.

Most of the times, Roman men would wear a simple tunic which was fastened with a belt and went down to his knees. He would wear sandals in the house called SALEAE and when he went out he would wear heavier sandals called CALCEI. On important times he wore a TOGA made of fine wool.

It went over the body hanging over the right shoulder. The women wore a STOLA over their bodies. This was made of fine wool and reached down to her ankles. The Roman women liked their hair well done and piled high on top of their heads with a lot of curls.

They wore makeup on their cheeks, lips, and eyes. They also wore jewelry like earrings and bracelets.