The ancient Roman government from its inception to its decline was a peculiar blend of democracy and republic. Initially, the ancient Romans were ruled by kings who were elected from the major tribes of ancient Rome.

In addition to the absolute authority of the king, the ancient Rome government had three assemblies to look after the administrative affairs of the State.

An attempt was made to establish the ancient Roman principle of S.P.Q.R. (Senatus Populusque Romans) which means the Roman senate and people acting together. Therefore, the principle of balance of power was applied and the ancient Roman government was classified into three branches, viz.the legislature, the executive, and the judiciary. 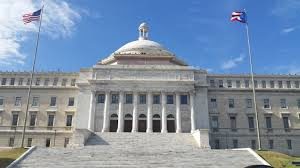 The development of this three-tier system helped decline the absolute powers of the king but the ancient Roman Senate, however, continued in existence. But this led to a confused and uncertain form of government. The ancient government of Rome dwindled between democracy and oligarchy. The onus of this state of affairs lies on the class struggles which were prevalent as well as predominant at that time.

In the ancient Roman republic, the Senate held tremendous importance and authority. It was referred to as Auctoritas. It was not delegated any legislative power and acted only as an advisory body. However, as the Senators were individually very influential, yet it was difficult to accomplish anything against the collective will of the Senate.

New Senators were chosen from among the most accomplished persons by Censors (Censura), who could also remove a Senator from his office if he was found debauched or found accepting bribes or accused of adultery.

As far as the law applied to the ancient Romans was concerned, it was the law of the Twelve Tables. This code of law was the basis of the legal principles and practices of ancient Rome.