Ancient Roman Documents: Ancient Rome was a civilization which grew out of a small agricultural community founded on the Italian Peninsula as early as the 10th century BC. In its centuries of existence, Roman civilization shifted from a monarchy to an oligarchic republic to an increasingly autocratic empire which came to dominate South-Western Europe, South-Eastern Europe or Balkans and the Mediterranean region through conquest and assimilation.

The Western Roman Empire went into decline and disappeared in the 5th century. The Eastern Roman Empire survived this crisis and lived on for another millennium – that stage of the Empire is usually referred to as the Byzantine Empire by historians and was considered to have succeeded Ancient Rome.

Roman civilization is often grouped into “classical antiquity” with ancient Greece, a civilization that inspired much of the culture of ancient Rome. Ancient Rome contributed greatly to the development of law, war, art, literature, architecture, technology, and language in the Western world, and its history continues to have a major influence on the world today.

The native language of the Romans was Latin, an Italic language in the Indo-European family. Several forms of Latin existed, and the language evolved considerably over time, eventually becoming the Romance languages spoken today.

Although surviving Latin literature consists almost entirely of Classical Latin, an artificial and highly stylized and polished literary language from the 1st century BCE, the actual spoken language of the Roman Empire was Vulgar Latin, which significantly differed from Classical Latin in grammar, vocabulary, and eventually pronunciation. 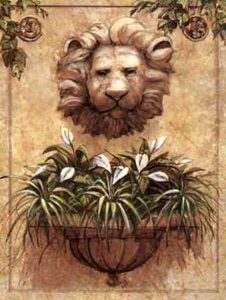 Also, although Latin remained the main written language of the Roman Empire, Greek came to be the language spoken by the well-educated elite, as most of the literature studied by Romans was written in Greek.

The Romans definitely boasted of a high level of literacy and produced a relatively large amount of written material. However, the Romans did most of their writing on Papyrus, which could not survive and hence almost no original Roman documents exist today apart from the engravings in stone.

The written materials which we have are a varied lot-some are formal historical records, others are political commentary, legal documents, and personal letters- not to mention poetry, plays, and other forms of artistic expression.

Essentially, Romans wrote for all of the reasons people write today, and the variety in their body of written works allows historians to glean quite a lot about many aspects of Roman life.

Some of the areas pertaining to the life or incidents of the ancient Romans for which we have records are as follows:

After Octavius defeated Antony and Cleopatra at Actium in 31 BC to begin Roman rule, Greek remained as the official written language of the eastern Roman Empire, gradually replacing the native demotic in common use, although both scripts were sometimes used together in contracts and other documents. Latin, the language of the Western Roman Empire, was only occasionally used in Egyptian papyrus writings, as in birth records.

Additionally, Yale University also preserves a collection of 4,800 papyri began in 1889 with a gift of texts from the original “breakthrough” mummy cartonnage found by W.M. Flinders Petrie at Hawara.

Additions came in the 1910s through distributions of the Egypt Exploration Fund, and in the 1920s through the British Museum cartel. Yale excavations at the Near Eastern site of Dura-Europos in the 1920s and 1930s yielded several hundred more items including many Latin texts. A sizable number of Arabic Roman Documents and other materials were then acquired in the 1930s through 1960s.

The Yale material dates from ca. 1700 BC to the 12th century AD, primarily within the Roman and Byzantine periods. Although most items in the collection are Greek, there are unusually many Latin and Arabic papyri, as well as texts in Pahlavi, Syriac, and Hebrew.

The collections were most generally divided into literary and non-literary papyri. The non-literary papyrus Roman Documents represented a very wide spectrum of activities, from formal surveys and edicts filled with conventional legalisms to personal notes and lists jotted down quickly and informally on many subjects.