The Roman laws that were brought into force in the ancient Roman Empire have influenced many present-day countries to draft and enforce laws similar to the legal system that existed during that time. 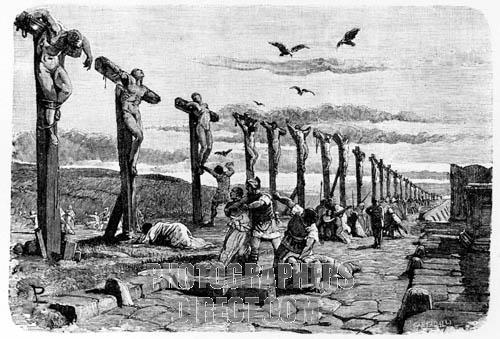 Death penalty or capital punishment was awarded to an offender for committing crimes like giving false witness, adultery, counterfeiting, theft, violence or treason. The following are some of the common ways in which the death penalty was executed-

4) Slow burning the criminal alive on a lamp post or throwing him down a cliff;

5) Throwing the offender into the river;

6) Throwing the criminals before wild animals like lions and bears in the amphitheater. The criminals were required to defend themselves barehanded from the animals.

The ancient Romans had various methods of inflicting the death penalty. It was by means of the harshest method that the accused was punished. For instance, the most common methods of dispensing death penalty was by beheading (percussion secure), strangling in prison (strangulation), throwing a criminal from the Tarpeian Rock (dejection e rule Tarpeia), burying a person alive, throwing a criminal into a river (projection in profluent) or by crucifying the criminal. 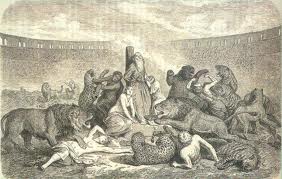 Crimes such as giving a false testimony and other such offenses were termed as misdemeanors and such criminals were exposed to fire. Those committing adulteries were punished corporally.