The Roman Republic began to disintegrate with the appointment of Gaius Julius Caesar (100 BC-44 BC) as dictator for life and formally ended after the war between Mark Antony (Marcus Antonius) and Octavian (aka Gaius Octavius Thurinus, or Caesar Augustus) at the Battle of Actium in 31 BC. Rome, thus, became an empire.

Emperors who played a pivotal role in shaping the destiny of Rome as an Empire: 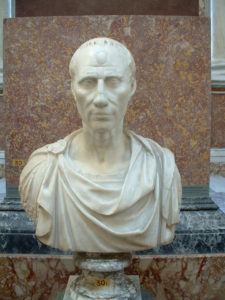 The tradition was broken with Vespasian’s accession. Since he was not related to any of Augustus’s Julio-Claudian family, he could not inherit the imperial powers of his predecessors. A law was passed conferring authority on him (lex de Imperio Vespasiani). His 10-year reign was remarkable for long-lasting peace, stabilization of the imperial finances and attention to the provinces.

Publius Aelius Hadrianus was related to emperor Trajan on his father’s side and was adopted by him. A cultured scholar, Hadrian traveled all over the empire. He was attentive to the army and the provincials and left behind him spectacular buildings such as the Pantheon in Rome and his villa at Tivoli.

But his greatest legacy to the empire was his establishment of its frontiers, marking a halt to imperial expansion. He was truly a pivotal emperor, as he is the true sense differentiated what was Roman from what was not. Apart from minor adjustments, no succeeding emperor reversed his policies.

Hadrian was determined to succeed Marcus Aurelius since he was a child. Marcus was the nephew of Faustina and her husband Antoninus Pius, who succeeded Hadrian. One of the notable features of his reign is his promotion of army officers and civilian administrators on merit, rather than on noble birth.

Marcus refined the process, appointing capable people to posts most suited to their abilities. By this means he laid the foundations of social mobility and broadened the recruitment base for the armies, allowing for greater future flexibility.

Constantine brought the endemic civil wars of the later third century to an end and reunified the Empire under his sole authority, promoting the Christian Church and moving the capital from Rome to Constantinople. His reign marked the end of the city of Rome as the capital of the empire. He founded the empire of Byzantine.