During the Roman period, the Roman Currency was in the form of coins. The coins were minted using different metals like gold, silver, copper, and bronze. These coins were used as currency approximately from 3rd century BC to 3rd century AD.

During the Roman Empire period, aureus were gold coins, denarius the silver, sestertius, and dupondius were the bronze coins. The coins minted during the ancient Roman period were of inherent value.

The denarius was the main silver coin of Rome and was very commonly produced. It was a small coin first introduced in 211 BC and was minted on a large scale. The denarius coin gradually debased and was eventually substituted by antoninianus.

The antoninianus coins were also known as double denarius. In the early Roman Empire period, Rome was the only city that was authorized to issue silver coins. Other minting cities within the Roman Empire were permitted to mint bronze coins. 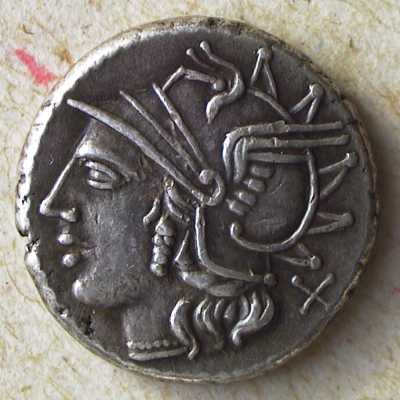 The emperor and the Senate were the legal authority to issue coins during the ancient Roman times. But, it was, in fact, the Imperial Government which actually issued the gold and silver coins. The Senate issued bronze coins and these coins had ‘SC’ marked on them, indicating the authority of the Senate to mint coins.

The value of the issued coin was higher than the metal used for minting the coin. During the ancient Roman period, the issuance of smaller denomination coins was given importance. The coins issued during this period had inscriptions and imagery on them which symbolized an idea or meaning. 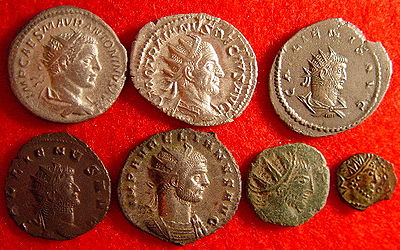 By the mid 3rd century the denarius was replaced by double denarius and the purity and the weight of the denarius gradually started diminishing. The result of the decreased use of silver in minting coins was that hardly any quantity of silver used in the coins.

This problem was addressed and defied in 274 by Aurelian’s monetary reforms. It is believed that many factors together contributed to the debasement of Romans coins. Some of these factors include inflation, shortage of raw material to mint coins, trade, and commerce-related activities, etc.

The precious metals used for minting coins were acquired from the recently conquered regions which were added to the Roman Empire’s territories. However, after Rome put a hold on the acquisition of new territories, it suffered from lack of resources to mint coins.

These reasons also took a toll on the economic condition of the Roman Empire. The denarius maintained its influence on the economic system of Rome despite the fact that it was replaced by double denarius. Denarius was also utilized as an accounting device.