Ancient Roman Contributions to the World:

The Roman was inspired by the Greeks. But they were the ones to use extensively the arch, mosaics, and frescoes. They built the largest free-standing dome in the world until the 20th century (the Pantheon in Rome, 43m of diameter, or 1m wider than the Brunelleschi’s Duomo in Firenze). 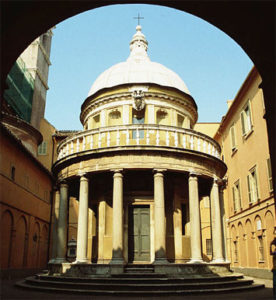 They were the ancestors of the modern viaduct (suspension bridges, etc.). Aqueducts would bring drinkable water from hundreds of kilometers away and be designed with just the right inclination so that the water would not run too fast (and erode the stone), nor too slow (and evaporate or become muddy). Combined with canalizations and sewers, they enabled a city like Rome to sustain a population of over 1 million.

The Romans developed spectator sports beyond anything seen until then. The Greeks invented the Olympic Games (incl. stadiums), but the Romans gave us the idea of mass entertainment.

Roman Contributions to the World: Roads and Highways

The Roman highways were so straight, plane and resistant that some are still used nowadays (e.g. Via Appia). Many modern European highways follow the old Roman highways, as they used the most direct route to connect cities (and most Roman cities still exist nowadays).

Wine-making was not invented by the Romans, but they planted so many vines throughout the empire, that they created a tradition in France, south-western Germany and Mediterranean countries lasting to this day. The world’s greatest wines are direct heirs to Roman wines. 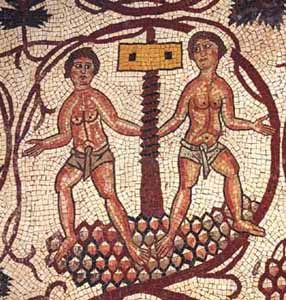 The Roman wasn’t the first to come up with central or floor heating or hot baths, but they certainly spread its used across the empire. Ironically, it is the Japanese who are fans of hot springs and baths nowadays, not the Europeans. But famous thermal springs still exist in Europe and were especially popular in the 19th century. Some have Roman origins.

The Roman Senate was supposedly founded by Romulus 2756 years ago. The Republic is “only” 2514 years old but was one of the oldest such systems in the world, and one that deeply influenced modern democratic states. The Greek idea of “democracy” is probably further from the current “democratic” system that was the elitist Roman Republic (in fact, politicians nowadays are almost always the same few oligarchs, like in Roman times).

The Julian Julian Calendar, name after its inventor (Gaius Julius “Caesar”), is almost identical to the modern Western calendar reformed by Pope Gregory 1600 years later, and still used by many national Orthodox churches.

It has/had all the current months, which names all have meanings in Latin : January (from “Janus”, god of the beginning of times), February (from “Februa” a Roman festival), March (from “Mars”, the god of war), April (from “aprire” meaning “open”, referring to the blossoming of spring), May (from “Maia”, goddess of the fertility), June (from “Juno”, goddess of women and marriage, hence the expression “June bride”), July (from Julius Caesar himself), August (from emperor Augustus), September (“7th”, as March was the 1st month at the time, and September was thus the 7th month), October (“8th”), etc.

The Romans seem to have been the ones to introduce the system of the 3-course meal (starter, main dish, and dessert), inherited by most Western cultures. Note that in India, China, Japan, etc. there is no such tradition.