The Roman calendar has changed a number of times since the foundation of Rome and till the time period of the Roman Empire.

The calendar that was used after 46Bc is known as the Julian calendar. 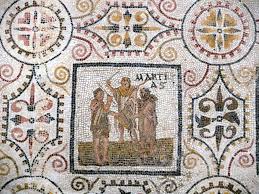 What we do know is that we count the days on a number line from the beginning. What was followed in Rome was completely different? In Rome, the Romans used to count in the backward order. And this backward counting was done from the three specified fixed points.

The fixed points were called the Nones, the Ides, and the Kalends.

It was the claim of the Romans that the calendar was invented by Romulus. It was Romulus who was also considered as the founder of Rome. According to him, every year contained ten months.

The months were as follows

Thus totaling this we will arrive at a figure of 304. 304 were the number of days in a year. There were an additional 61 days. These were called the winter days and they were not assigned to any particular month as such.

Romans were quite superstitious and they considered an odd number as an unlucky number. So what they did was that they wanted the lunar year to have 354 days.

The years were something’s that were not counted by the Roman. In fact, they used to name the year under the name of the person who was in power at that time.