Information on days in ancient Roman times, everyday life. The Ancient Roman days were way too differently organized from ours. The concept of the week never existed in the Roman calendar. 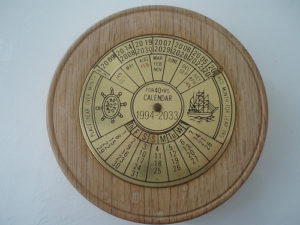 The Roman calendar included weeks late in their history around 321 AD. However, later the week was divided into seven days which were named after the planets. Monday was termed as Lundi (the Moon’s day), Tuesday as Mardi (the Mars’ day), Wednesday as Mercredi (the Mercury’s day), Thursday as Jeudi (the Jupiter’s day), Friday as Vendredi (the Venus’ day) and Saturday as Samedi (the Saturn’s day). Sunday was an exception for this naming system. It was termed as the Lord ‘s Day as per the French tradition.

The month in the Roman calendar was based on the market day that was observed every eight days. The Romans termed the market day as Nundinae which means the ninth day. The fact is, Romans used to count both the ends of the series.

The Romans had a very different unit of time than that we follow. The Romans had no days at the end of the week with regular recurrence, unlike our week.

The Roman day started with the dawn. The Romans used to start their day with a ritual called Salutation. The first and the second hour of the working day were meant for those who were involved in this ritual. The work or labor was extended to the fifth hour and the sixth hour was meant for rest. The day would usually end by the seventh hour of work.

The Roman community was divided into two classes, the Nobel class, and the lower class. Every Nobel Roman citizen had a client from the lower class. The client used to come and pay salutation to its owner and the owner used to pay him for his day or offer him a basket of food.

This was the Salutation ritual that the Romans used to perform every day. It was a symbol of the close bond between the upper-class owner and his lower-class client.

The Nobel men also used to fight cases for their clients in the court of law and give them legal advice. The client, in turn, would provide political support to its owner in form of a vote. The client used to be a part of the support or back-up for the patron that is his owner in various movements in the town. Roman Forum was the place for all the political activities in Rome.

In the Ancient days, Romans had a limited choice in careers. Even a Roman Aristocrat was meant for the unpaid public services in the courts, in the Senate, and in various magistracies. Ancient Roman days witnessed a very slow paced and a luxurious lifestyle of just seven working hours per day.