Lucius Tarquinius Priscus (616 BC-579 BC) was the fifth king of ancient Rome. He was of Etruscan birth and immigrated to Rome. He succeeded to curry favor from Ancus who adopted him as his son.

He later succeeded Ancus. Lucius followed his expansionist policy by waging war against the Sabines and the Etruscans and bringing a great deal of money to the Roman treasury. He reformed the Roman Senate by accruing the number of members from 100 to 300. 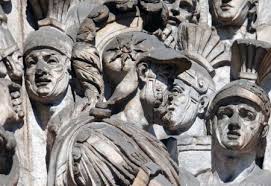 He used the treasures he acquired from his conquests to erect monuments for Rome. He designed Rome’s sewer systems, the Cloaca Maxima, to drain the swampy area between the Seven Hills of ancient Rome. He introduced the Roman games.

One of the landmarks of his building projects was the Circus Maximus which was a colossal stadium used for chariot races. He reigned for 38 years. His reign is best remembered for the introduction of the Roman emblems for military and civil offices.

The second king of Etruscan origin, Servius Tullius (578 BC-535 BC), succeeded Lucius Priscus. He was famous for implementing a new constitution for the Romans.

He instituted the world’s first census, dividing the Roman people into 5 economic classes and formed the Century Assembly. He also established the Tribal assembly by using his census to divide the people of Rome into 4 urban tribes, depending upon the location within the city. 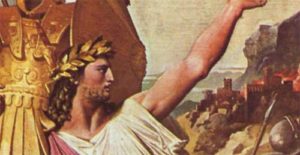 Servius’ methods brought about a massive change in ancient Roman society. The voting rights were based on the socio-economic status of the people, which transferred the power into the hands of the rich. Though he also favored the poor in order to gain an advantage from the plebians. He was assassinated in a conspiracy led by his avaricious daughter, Tullia and her husband, Lucius Tarquinius Superbus.

Lucius Tarquinius Superbus (535 BC-510 BC/509 BC) was the last king of ancient Rome. He was also of Etruscan descent. He was a tyrant and used violent and harsh methods to maintain his dictatorship over Rome.

He misappropriated all the wealth of Rome to fulfill his selfish ends. His cruel conduct proved fatal to his tyranny and he was deposed in 510 BC. This beckoned the decline of the Etruscan despotism in Rome and the establishment of the Republican Rome.

The Regal period in Rome was marked by an era mired with legendary kings and each of these kings brought about a different element to the stone foundation of the future empire.