Ancient Roman Womens Jobs: The Roman kingdom placed woman as the center of the household. Her prime jobs included taking care of the family and her home.She taught her daughters how to cook and sew.

Raising the children and managing the home was the most important jobs of a woman. In the poor families she would have to do the work herself, but in middle and upper classes she could expect to have servants and slaves to help.

Ancient Roman women were always expected to be supportive of their husbands. However, some free Roman women did perform duties and the roles of teachers, secretaries, and saleswomen.

In such a restricted world, in which also a large part of work was done by slaves anyhow, there was of course only a few ‘free’ women working. One knows of a few women doctors, secretaries, teachers, and hairdressers, tailor, silk merchant or market saleswoman. But these were indeed a rarity.

During the 500 years that Rome was an Empire, women gained considerable freedom. Under the Empire, it became legal for women to own land, run businesses, free slaves, make wills, inherit wealth, and get a paid job. Women were still considered to be under the guardianship of her father or husband.

One of the most surprising of all roles or Roman Womens Jobs are undertaken by women was that of Female Gladiators. There were, however, some female gladiators. 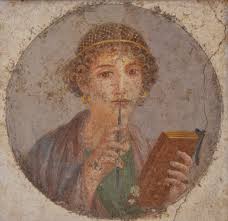 The historian and poet Martial makes mention of them and a relief in the British Museum depicts women fighting in the arena. From this relief one also concludes that women gladiators did not wear helmets.

Also, there were woman slaves. As an example of their hardships, evidence from Pompeii blatantly demonstrates how normal it would be for a Patrician villa to have a back entrance from which one or more of their female slaves might be offered as prostitutes. 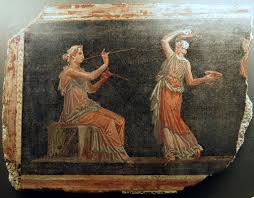 Another job that was performed by women was prostitution. Although it was regarded as indecent to work as a prostitute (whether male or female) it was not so bad to actually be the proprietor of such activities. The business would be run by a trusted slave or liberties

A Roman wife was expected to be the hostess if her husband had friends in to visit, and a Roman mother exercised genuine influence in making family decisions.

Her epitaph might praise her spinning and her modesty, but beneath the surface, there was a real woman.

The legal status of women was vague as an ancient Roman woman had no legal protection. She was not a citizen of Rome. Her job was to take care of the house and to have children. Mothers who could read and write taught their children how to read and write.

She taught her girls how to cook and sew and care for a family. But women could leave the home to shop or see a play or visit a temple. Women who could afford it used slaves to shop and cook.

Nobody required Roman wives to live secluded lives. They could freely receive visitors, leave the house, visit other households, or leave to go shopping.