Ancient Roman Taxes: The government needed to pay the legions and build roads, sewers, aqueducts, and arenas. They needed to pay for the welfare program put in place to help feed the growing number of poor in Rome. They needed a lot of money, and they needed more and more as Rome grew.

To get this money, Rome used tax farmers. To become a tax farmer, all you had to do was pay a flat fee to the Senate of the Roman Republic. That put you, the tax farmer, into business. Your business was the job of collecting taxes.

This all sounds very nice, but there weren’t any rules. Rome wanted as much money as possible. So they didn’t set limits on what a tax farmer could collect. That was up to the individual tax farmer.

Caesar Augustus was considered by many to be the most brilliant tax strategist of the Roman Empire. During his reign as “First Citizen,” the Publicani were virtually eliminated as tax collectors for the central government. During this period cities were given the responsibility for collecting taxes.

Saint Matthew was a publican (tax collector) from Capernaum during Caesar Augustus reign. He was not of the old publican but hired by the local government to collect taxes.

The wars in which the Romans had been engaged, during the century preceding the establishment of the Republic, had impoverished the state and crippled its commerce. This was felt by all classes, but especially by the small landed plebeians whose fields had been devastated. 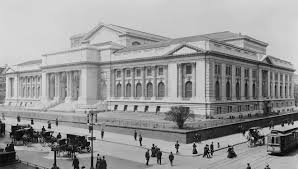 They were obliged to mortgage their property to pay the taxes, and, when unable to meet the demands of their creditors, according to the laws they could be imprisoned, or even put to death.

The rich land-owners, on the other hand, increased their wealth by “farming” the public revenues; i.e. the state would let out to them, for a stipulated sum, the privilege of collecting all import and other duties.

These, in turn (called in later times Publicans), would extort all they could from the tax-payers, thus enriching themselves unlawfully. So the hard times, the oppression of the tax-gatherer, and the unjust law about debt, made the condition of the poor unendurable.

Reorganization of the taxation system of the state of Rome was one of the emperors August Octavian’s (B.C. 63-14 A.D.) main responsibilities. He founded financial organizations in order to control taxation proceedings in all provinces. As a result of reforms he made, the first common tax paid with money called tribute appeared.

There were indirect taxes, as well as direct in the empire of Rome. The most important among the taxes in ancient Rome were 1% transaction tax, 4% tax on the special transaction from the slave-trade, 5% tax on freeing the slaves with regard to the market price, 5% inheritance tax, and etc.

In the ancient world, there were two main methods of paying your Roman Taxes. One way was called “in cash”, which means paying in actual coins, gold or silver or bronze. Some people paid their taxes in cash. Other people paid their taxes “in kind”, which means they paid in wheat, or chickens, or olive oil, or whatever they were producing on their farm.