The tuba was a long and straight bronze trumpet having a detachable, conical mouthpiece. The tuba was about 1.3 meters long.

The cornu, also a blowing instrument, was somewhat more semi-circular in shape. It was a bronze instrument with or without any cross-bar or handle.

The aulos was usually double, consisting of two pipes, played with a mouth-band to hold both pipes steadily between the player’s lips. 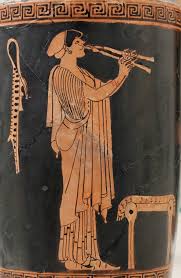 Other blowing instruments were the assaults, a bagpipe and older versions of modern flute.

There were stringed instruments like the lyre, which was essentially a harp, with a frame of wood along with various numbers of strings stretched from a crossbar to the main sounding body. 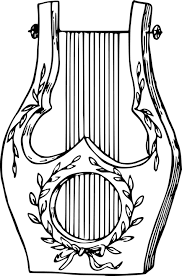 The Romans gradually abandoned this instrument and adopted the use of a more sophisticated ancient Roman musical instrument called the kithara.

The kithara was a large instrument with a box-type frame with strings stretched from the cross-bar at the top to the Sounding box at the bottom and it was held upright. The strings could be tuned accordingly. 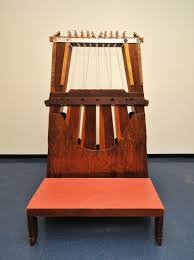 The lute was the true forerunner of the modern day guitar, and was considered as a medieval instrument but was actually played by the ancient Romans. 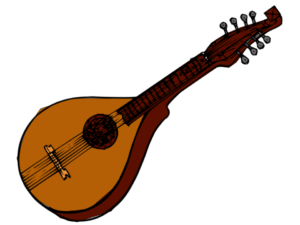 The ancient Roman lute had three strings but was not as popular as the lyre or the kithara, though it was easier to play.

It was considered that the Gods of music gave kithara players this fine art of playing the instrument, a gift to mesmerize listeners. 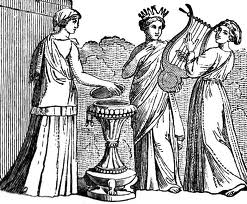