What was Insula in ancient Roman times?

In the latter half of the Roman republic, the rich and wealthy Romans had their private owned houses. Majority of the Romans otherwise lived in apartment buildings or in the tenement houses, which were termed as insulae. An Insula was a rented house that a common Roman citizen could afford to live in.

The origin of this insula lies in the second half of the first century BC when there was too much of pressure for land in the overpopulated cities. The trend of the apartment was a result of increasing population in insufficiency of land. Initially, the rectangularly shaped building plots were termed as insula where 6 to 8 apartments’ blocks made up one insula and they were constructed surrounding the courtyard.

The early Insulas had three to four stories with the shops on the ground floor facing the street.

The ancient Roman insula was meant to be for common people and hence were built poorly and at cheap prices. The rooms that were located on the outer side of the insula were lighted by the windows. The windows were mostly long with less distance from the floor.

Some insulae had balconies hanging over the street side. These balconies could be closed using the wooden shades and shutters and could be used as individual rooms. The rooms that were located on the inner side of the insula were lighted by the courts surrounded by the outer rooms.

As seen today, the insulae in the early Roman empire also was occupied by taberna or shops. Collecting the rents from the tenants was the duty of the guard of the insula. This guard was usually the slave of the owner of the insula and was known as insulation.

In spite of all the risks and the probabilities of damage, the insulae were constructed with variations in the quality of the material. Still, the insula became the most demanded trend of Roman housing since a huge mass of families began shifting into rented insulae owned by landlords.

Most of the insulae were constructed with mud brick along with timber which made them more prone to fire and collapse.

Sometimes, the upper floors of the insulae had no facility for heating or running water. Some had lavatories on the upper floors. The designs and architecture of insulae developed in the later years which were constructed with more safety. 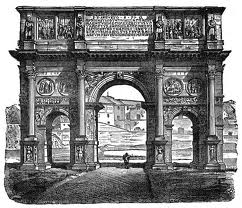 They were built of fireproof bricks and concrete. There seemed no other improvements as far as sanitation was concerned. Ancient Roman insula was one of the major findings of the Roman excavations.