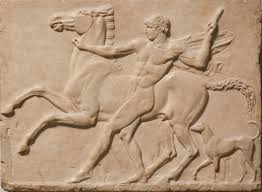 The horses in ancient Rome served for sports and recreation as well. Chariot racing was a popular sport among almost all Romans. Besides chariot racing, other sports which involved the ancient Roman horse were races or pageants in which chariots were pulled and dragged by a team of horses. 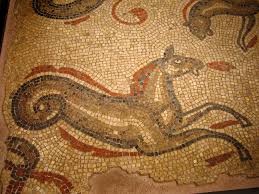 Horses in ancient Rome were used for exhibition purposes, where they were seen dancing to music in events known as Tripudium. Acrobatics and vaulting on horseback were also thrilling to see. 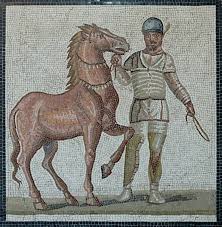 The ancient Roman horse also found its contribution in the tales of ancient Rome such as in stories of Alexander the Great, the myth of Pegasus as well as in the stories of Neptune, the Roman God.

Interestingly, horses were sacrificed to the Roman Gods for yielding a fruitful and excessive harvest. The blood, tailor the head were mainly used for sacrifice.

The blood of the horse was used to purify diseased livestock and cattle; the sacrificed tail of the ancient Roman horse was brought to the King to improve his health conditions; the head was nailed to a wall with the hope that it would yield a bountiful and prosperous harvest.