The Roman Chariot races were something that was very popular among the ancient Greeks and among the Romans. The Chariot races were a sport that was quite risky both for the driver and also for the horses. There were a lot of instances where the people and their horses used to be severely injured.

Some of these Roman Chariot Races resulted in the death of the people. But this is something that did not decrease the enthusiasm that people had regarding the sport. The sport had slowly become the most important event. 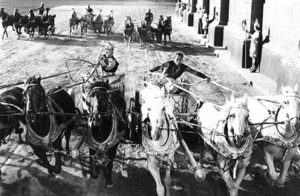 It was in the ancient Rome, that chariot racing was done more like a team job. There was also some kind of financial backing that these people had. The battle and the race displayed the skills and the talents of the driver. The teams used to get a lot of intense support from the audience and a lot of people would always be there and form a large group of spectators.

There is also evidence that shows some kind of dispute taking place between the supporters of different teams. Some of these conflicts used to heat up so much that they would sometimes even take shape in political conflicts. This is something that started affecting the entire society on the whole. The importance of this sport started fading after the fall of the Rome in the western region. 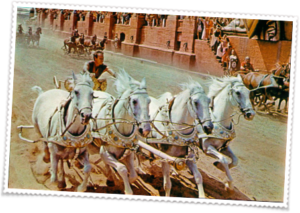 There was some rivalry and there were Nika riots that marked the final decline of these races.

The sport of chariot racing is something that is not completely Roman. It has been adopted form the Etruscans. And they had themselves borrowed it from the Greeks. In the ancient Rome, chariot racing would happen in the circus. There was a valley which has the Circus Maximus. This had the seating capacity of almost 250000 people. This was the form of the earliest type of chariot racing.

Usually, there were 24 races an everyday day on a racing day. Almost 66 days of the year were kept racing days. A race would usually have 7 laps. These races were very much money oriented. There was a lot of money involved in these races in the form of betting among the spectators.

There were generally 4 horses that were used. There was also the smaller chariot that had 2 horses. The clothing of the Romans was in such a way that they would wrap a rein around their waist. The riders would wear helmets and other things that will protect them while driving.