Ancient Roman Footware: The ancient Roman inhabitants were among the first people to develop an exclusive range of footwear. Unlike the ancient Mesopotamians, the Egyptians and the Greeks who went barefoot or wore plain sandals.

The ancient Romans invented and developed footwear of varied styles and designs, ranging from light and simple sandals for indoor wear to heavy boots for travel or military purposes in cold climates. 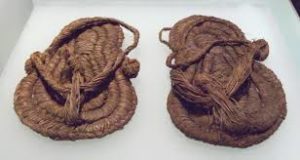 The material used to develop the ancient Roman footwear was primarily leather. The ancient Romans were very adept in and skilled at making good quality leather from the hides of cows.

Basically two styles of footwear were in use during the primitive Roman times, namely, Soleae (sandals) and calcium (shoes). A typical Roman sandal comprised of the leather sole that was fastened around the wearer’s leg with a long lace. These were usually worn with a tunic.

Customarily, the use of the ancient Rome sandals was confined to the house only. The ancient Roman sandals were not allowed during meals; guests could wear their sandals into the house of the host but as soon as they took their places on their couches, the slaves would remove them and keep them until the meal was over.

Types of sandals and shoes

The various types of sandals and shoes worn and used by the ancient Romans were baxa – a light sandal is worn by intellectuals; carbatina – a shoe made by peasants from a single piece of leather; caliga – soldier’s sandals (cf Caligula); cothurnus and crepida – used by the actors; pero – boot for agricultural workers; sandalium – or obstrigilium – women’s sandals; phaecasium – white shoe of eastern priests; sculponae – clogs; soccus – slippers without upperwork for indoor wear by both sexes; solea – slipper with upperwork.

The ordinary Roman citizens wore open in front and wound up by a leather strap that ran across the shoe near the top. They were probably made of undyed leather.

The poor Roman people wore coarse shoes made of untanned leather. Labourers and soldiers wore wooden shoes or boots made of inferior leather. Generally, no stockings were worn but those who had tender feet wore woolen sloth to keep themselves comfortable. 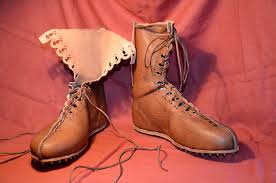 Senators wore thick-soled shoes, which were open on the inside at the ankle and fastened by wide straps. These straps ran from the sole and were wrapped around the leg and tied and pasted above the instep.