Since the time that humans began gathering foods and the fishes have been considered one of the favorite possible sources of nutrition. Ancient Roman fishing introduced many ways which were devised to fetch significant quantity of fish in a simple way.

The most commonly used equipment for fishing were nets and wires and the nets were woven from reeds, These were placed in streams, dams, rivers were this equipment were used to catch a huge number of fishes. These fish were later sorted into edible stuff and undesirable stuff. 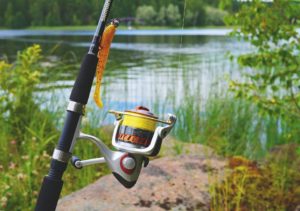 As per the archeological findings, the equipment that we use today for fishing is much similar to those which were used in the early Roman Empire. The very oldest fishing rods were made of wood or some were made of bone. Some were also made of stone and were called gorges.

The gorges were about 1 inch, approximately 2.54 cm long and were kept pointed at both the ends. With a line, Bait or an object that might attract fish was attached to these gorges. 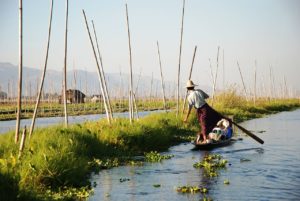 These gorges were later made of metal. Fishermen used the gorges to catch the fish from their boats.

In the ancient Greece and Rome, the rod was the equipment which was commonly used for fishing. During the rule of Homer, around 900B.C. and during the rule of Plato which was around 400B.C. the art of fishing using a barbed hook, along with the rod and line was introduced. The line was made of either horsehair or of finely woven flax. The fishing rod that was used during this period was made from Arundo donax.

It is a plant which has its origin in the sand of Mediterranean. The Mediterranean is one of the largest European reeds, which was also known for fishing. Arundo donax typically grows up to 20-30 feet which means around 6.1-9.1 meters long. It is knotted at intervals.

It is studied that another plant is known as Ferula also might have been the source for making smaller fishing rods. But, the most commonly used plants for making fishing rods were cornel wood, juniper, and slender hardwood.

Fishermen in Rome were the lower class slaves in early centuries. The life of the Roman Fishermen might have differed a lot from the way it has been portrayed in the literature.

The professional fishermen in Rome supplied the markets with the staple food for all classes of society. The commercial fishing in the ancient Rome was widespread and this appears in the ancient Roman literature. 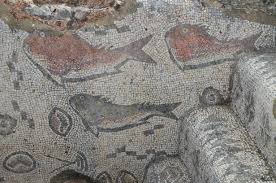 The inscriptions at Rome right from the late first century BC have revealed the names of free fishermen in that era. Large-scale fishing operations like tunny fishing needed combined efforts of the group of the free fishermen. The sea-side population was engrossed in this joint fishing activity.