Who were ancient Roman consuls?

The consuls in ancient Rome were the chairmen of the Senate, which served as a board of advisers. They also commanded the Roman army (both had two legions) and exercised the highest juridical power in the Roman Empire. Therefore, the Greek historian Polybius of Megalopolis likened the consuls to kings. 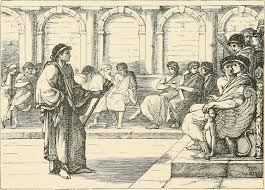 The Senate was composed of leaders from the patricians, the noble and wealthy families of ancient Rome. They were the lawmakers. They controlled spending. Members of the Senate were not elected. They were chosen by the Consuls. Once chosen, they served for life. There were 300 seats in the Senate. When a seat opened, a new Senator was selected by the current Consuls.

In addition to consuls, there were other elected officials – judges, magistrates and tax collectors being some of them. Ten “Tribunes of the People” were also elected to look after the poor of Rome. 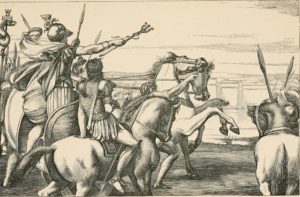 As a noble, if you wanted to rise to the level of Consul, the highest position in government under the Republic, you needed to gain the support of the plebeian class. Since it was the Consuls who filled empty seats in the Senate, if the Assembly chose their Consuls well, they could slowly gain power in government by putting people in charge who were sympathetic to their needs.

The ancient Roman consuls could not be expected to know everything. They were advised by a Senate. This was made up of leading citizens of Rome and when they met, the Senate would discuss issues such as proposed new laws, financial issues affecting Rome etc. There were about 600 men in the Senate. They were usually from rich noble families and what they thought went a long way to determining Roman law. 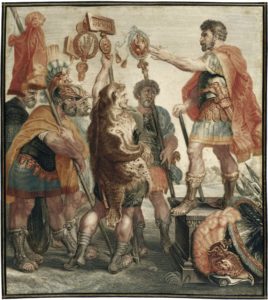 One had to be at least 43 years old to become consul in ancient Rome. (This was laid down in the Lex Vibia analysis of 180.) From the third century BCE onward, it was also necessary that the candidate had served in other magistracies (e.g., the praetorship). It was possible to have a second term as consul, but ten years ought to separate these two terms.

If they did not live up to expectations, they could be voted out of office at the next election. Therefore, competence was rewarded and incompetence punished.

At the end of their annual term of service, consuls in Rome would take the title Proconsul and generally serve as provincial governors. In the case of the death of a serving Consul, a Suffect Consul would be elected as a replacement for the remainder of his term.
An ancient Roman consul had twelve bodyguards (Lictores) and was allowed to wear a purple-bordered toga. The two consuls gave their names to the Roman year.