The class of Rome was very class-conscious and highly hierarchical. In Ancient Roman Class, was determined solely by birth. But later on, there was mobility between different classes as the class was not solely determined by birth. There was a wide gap between the upper class and the lower class.

Ancient Roman Empire had Slaves class at the bottom of the pyramid of the Ancient Roman Class structure. Then freed men above them and above all, it was the free-born citizens (Cives). Free citizens were further divided by the class. 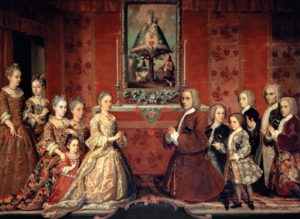 The Ancient Roman Class division which was originally based on military service became more important. Membership to this class was given according to property held by them. The wealthiest was the Senatorial Class (senators). The basis of this class was political. The members of this class were all those who served in the Senate.

This class was basically dominated by the nobles. But to qualify to be the member of this class, the Senators had to prove that they have property worth 1,000,000 sesterces as this was the basic requirement to be a member of this class. The Senators were debarred from engaging in any sort of non-agriculture business, trade or public contracts.

The Equestrian Class (equities), sometimes known as “knights” was another upper class in ancient Roman time. The basis of this class was economic. The qualification to become the member of this class was that the person was required to prove that he had a stable amount of wealth, i.e. property worth 400,000 sesterces at least.

The membership of this class was granted to his family members by extension. However, if an equestrian became a Senator, he was considered as a member of the Senatorial class automatically. But this type of mobility was not very frequent.

However, in the later years, Roman women gained some independence and acquired the property rights and even had more juristical rights than their husbands. But still, they did not have voting rights and the right to participate in politics. Regarding the lower classes, as it was not marked by male activities, so there was no problem with including women.