The ancient Roman government was a mixture of a democracy and a Republic; it also seemed to have taken many ideas from the concepts of governance followed in ancient Greece.

The Roman state was described as the republic and its consuls, or chief magistrates, continued to be appointed even after the establishment of one-man rule under the empire, but in its pure form, it lasted only until the beginning of the first century B.C.

At the creation of the republic, supreme power probably resided with a popular assembly, but early on the Senate became very influential, and the traditional formula, which survived for centuries, was S.P.Q.R. – Senatus Populusque Romanus – the Roman Senate and People acting together.

Since the Ancient Romans did not want one man to make all of the laws, they decided to balance the power of the government between three branches; there was first the executive branch, then the legislative branch, and finally the judicial branch.

In one sense, for a society that used its feared army to conquer other nations and reduced people to slavery, Rome was remarkably democratic with its own citizens. Citizens of Rome would gather at an assembly for elections.

The chief officials of Rome were called consuls and there were two of them. The consuls governed for a year. They could be voted out of government at the next election if they did not perform as promised. Therefore, competence was rewarded and incompetence punished.

In addition to consuls, there were other elected officials – judges, magistrates and tax collectors being some of them. Ten “Tribunes of the People” were also elected to look after the poor of Rome. They can be considered as the ombudsmen of those times. 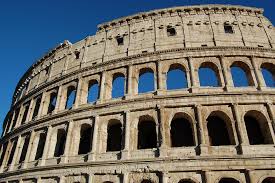 The consuls could not be expected to know everything. They were advised by a Senate. This was made up of leading citizens of Rome and when they met, the Senate would discuss issues such as proposed new laws, financial issues affecting Rome etc. There were about 600 men in the Senate. They were usually from rich noble families and what they thought went a long way to determining Roman law.

However, the Roman system of government is widely praised and accepted for it was very advanced and well structured for its time. It had the features of a Republic but by leaving doors open for the opinion of its citizens it portrayed the qualities of a democracy as well.