There are a lot of similarities in the composition of the concrete or cement used during the Roman period and the cement used today. In fact, it can be said that the Romans architects have inspired the future generation architects to use concrete as a material for constructing a building.

The ancient Roman concrete or cement was based on hydraulic- setting cement. Prior to the usage of the hydraulic mortar during the ancient Roman period, slaked lime mortars were a popular cement material.

The difference in aggregate enabled the Romans to use several materials together. The cement in ancient Rome was made by combining many materials like lime mortar, stones, water, rock pieces, ceramic tile, and sand. The ancient Roman people used materials like Gypsum and Lime as binders. 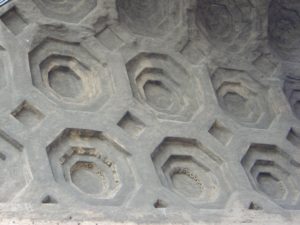 Mud was also at times used as a binding agent. The characteristics of these binding agents were that hardened when they became dry. The concrete used then was similar to what we use today but, the modern day concrete structures are much stronger than the Roman buildings because of the usage of metals to further support the building. T

Towards the middle of the 1st century, brick-faced concrete was commonly used. The Pantheon dome is a fine example of the concrete material that was evolved by the virtue of several changes in the material composition of concrete. This change was also known as Concrete revolution.

Vitruvius was an ancient Roman architect who had suggested sometime around 25 BC that pozzolana for structural mortars. Pozzolana, which was also known as pit sand was a type of volcanic dust that was popular in the ancient Rome and was used wherever it was easily available. Pozzolana was found near Naples close to Puteoli.

This material was a combination of three colors, namely brown, yellow and grey. Another place where pozzolana was easily accessible was in the city of Rome itself. In Rome, the color of the Roman cement was reddish- brown. The Pozzolana cement was very similar to the modern-day cement.

During the ancient Roman period, the concrete materials would be placed in wooden frames. The reason behind doing it was to harden the concrete and bonded to a facing of stones or bricks. Around 200 BC, tufa, a soft volcanic stone was used to face the rough surface of the concrete.

After the wooden frame was taken out the wall would be sturdier than before and had a rough surface comprising of stones or at times bricks. The Romans began using concrete as an artificial material to construct buildings as concrete or Roman cement was less expensive and easy to work with than stones. 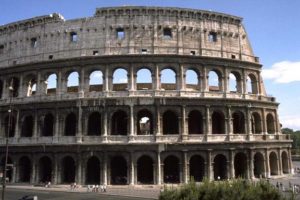 Also, in comparison to stone, concrete was more easily accessible and could be conveniently transported from one place to another. The ancient Roman concrete enabled the architects to construct beautiful structures. These buildings get their beauty with the help of domes, vaults, and arches that gave the structures the extra support