What is ancient Roman bulla locket?

Romans are one of those communities around the world which follow their respective traditions and customs deeply. Right from the day of birth of a child, Roman people celebrate various days which have their own significance. The most important ceremony that means a lot to the Romans is the dies lustricus. 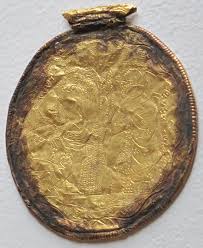 It is the naming day of the Roman child. And the significance of this day is to tie the ancient Roman bulla around the neck of the baby. Bulla is nothing but a decorative art piece in a form of a locket that has its own meaning.

As per the tradition that has been followed by the Romans over thousands of years, on the very ninth day of its birth, the baby boy is given a bulla to tie in the trinket. This roman bulla was typically made of Gold or any precious metal and of leather for the poor people. Romans believe that the bulla has the charms to fend off the evil spirits that might harm the baby.

The baby girl in Rome is not given the bulla but another kind of amulet similar to bulla. Typically, the bulla is to be removed from the neck of the boy when he receives the Roman citizenship which is termed as toga virilis whereas, the girl removes her amulet on her wedding day.

Designs and shapes of bullas in ancient Rome: 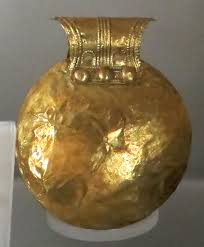 The ones with papyrus impressions were found sometime in second century AD. The ones that were prevalent in the second century BC were mostly influenced by fingerprints on their edges.

These ancient Roman bullas are now evaluated on various criteria such as their weight, shape and the impressions on their surfaces. Roman bullas of varied shapes and textures are now available in the markets. The Ancient Roman coins can make a great variety of bullas for the Roman babies.

For example, a bulla with an ancient Roman coin wrapped or covered with decorative strings can make a very elegant bulla for the Roman baby.