Ancient Roman Writing System began about 5,000 years ago, as far as we can tell. The earliest books of ancient writing include the Bible, the Koran, the Popul Wuj, the Egyptian book of the dead, and other pieces of written information. The Romans brought their alphabet to wherever they went (more specifically, conquered).

Because of the prestige of Roman culture, many non-Roman “barbarian” nations embraced Latin for court use and adopted the Latin alphabet to write their own language.

Consequently, Western European nations all wrote using the Latin alphabet, and with European imperialism in the last 500 years, the Latin alphabet (with local modifications) is probably the most ubiquitous Roman Writing System in the world.

Ancient Roman Writing System was not very different from the modern writing system. However, they didn’t use the same rules of punctuation that we do. 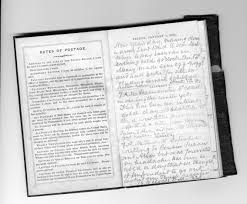 That is, most of the time they ran their sentences together without punctuation and in letters, some writers even talked about two different things in a single paragraph. They followed the Latin rules of grammar in which words have variable endings to show their relationship to other words.

The earliest known handwritten Latin document can be traced to the first century B.C. Old Roman Cursive dates from some time before that and lasts into the third century. The script bears some features of the earliest Latin inscriptions; but since it is written quickly and inconsistently, there is a loss of legibility.

Some letters were remodeled, others became linked together (in ligatures), and abbreviations are common. Following the epigraphic pattern, little or no word space is allowed. This script was ideally suited for the stylus and wax tablet, and can even be seen in the graffiti of Pompeii.

The classical Roman Latin alphabet only has what we called “upper case”, or majuscule, letters. By the 4th century CE, a semi-cursive style called uncial was being used for handwriting. Uncial is considered a majuscule style but with rounded letters.

Eventually, this evolved into the minuscule style by the 8th century CE. Originally the two styles were used separately, majuscules for monumental inscription, and minuscule for manuscripts. 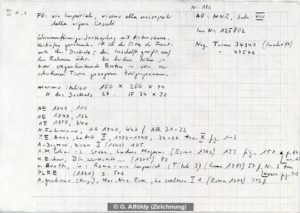 Uncial was a popular script in common use from the fourth to eighth centuries for the text of books. Uncials did not evolve directly from Rustic Capitals; Rustics are constructed differently, using a much steeper pen angle – compare the forms of A, D, E, and R. The particular characteristics of Uncial scripts include A with a bowl, round forms of D, E, H, M, ascenders for D, H, K, L, and descenders for F, G, P, Q.

The speed of writing, together with the greater use of ligatures and Cursive loops (a minimal a, and diagonal heatstroke on certain letters like c and e), make this a difficult script to read.

New Roman Cursive, however, was widely used and would play an important part in the development of the later Regional scripts.