Romans were known for their engineering skills. Roman Water System was known in the western world at that time. The backbone of ancient Roman hydraulics system and water system was the Great Drain.

The main purpose of the building system was that of draining the marshy areas situated between the Palatine and Esquiline hills. They did it by channeling the Roman Water System into one mainstream which was diverted into the Tiber. Part of the Great Drain is still in use today. The outlet of a secondary stream of the Great Drain is still visible near the Ponte Rotto and Pons Aemilius.

How were Roman aqueducts built

The aqueducts built by the Romans were another best example of their engineering skills. The aqueducts were used to carry water from one place to another. 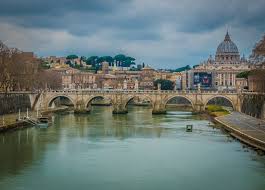 The first aqueduct was built in the fourth century B.C. and the last one in the first century B.C. The main purpose of building them was that the springs, wells and the Tiber River were no longer providing adequate water to fulfill the growing needs of the urban population.

In Roman Water System, the public toilets and baths were supplied through one of the aqueducts. The latrines were sufficiently supplied with water to serve 12-60 people at once. It was possible because the water ran constantly through these public toilets. The baths in ancient Rome were more a form of entertainment as well as hygiene.

In ancient Rome, the privilege of water reaching to homes was available to only the rich upper class. The water mainly reached the lowest floor in the residents. The normal people get water for their requirements from a constantly running public fountain.

The drains and sewers in ancient Rome ranged in size. The main sewer of the ancient Rome was the ‘Cloaca Maxima’ i.e., the Great Drain. It emptied into the Tiber River. The main drains of the Cloaca Maxima were very big in size. The minor urban drains were smaller in size and were covered with an inverted V-shaped arch made from two terracotta tiles. The Romans were extremely proud of their sewers. 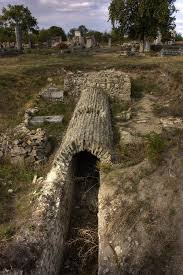 The ancient Romans had an extensive network of pipes for the efficient supply of water throughout the city. They supplied water for the purpose of bathing, drinking, toilets etc. before being taken away by the drains and into the sewers.