Ancient Roman Utensils: The Roman household looked after and taken care of by the house-wives or maids in case of higher class Roman homes. 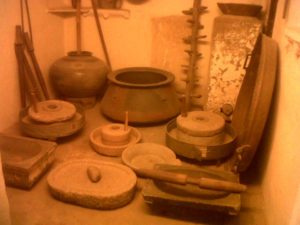 The Roman women had a great deal of responsibility as far as the household work and chores were concerned. The main household chores were cleaning, washing, cooking, etc.

In order to accomplish the household chores, the Roman house-wives used various different kinds of utensils for different purposes. These are classified according to the purpose for which the ancient Rome utensils were used. 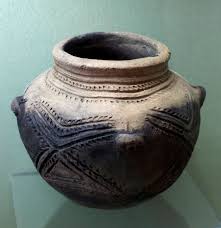 For instance, for the purpose of cutting, cleaving and piercing, knives such as flint or copper were used by butchers. Household knives were used for cutting vegetables and other foodstuffs, for trimming of hair or for carving wood or bone. Later, scissors came to be used frequently for cutting hair, cloth, and papyrus. 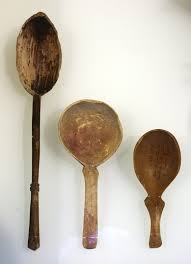 Axes, hatchets with wooden handles were used for the purpose of cleaving; awls were used for making holes in materials which were too hard to be pierced with needles. 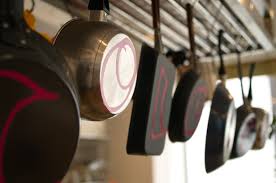 The ancient Romans made fire by rubbing two pieces of wood together. One piece was held stationary on the ground and the other was twirled between the hands. The friction resulted in the kindling of a small fire. 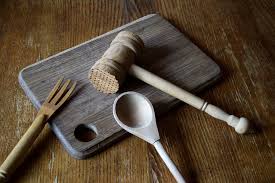 The preparation and serving of food required quite a few utensils. Most of them made of burned clay. Pots, pans, cups, dishes, bottles etc. were purchased from professional potters.