Ancient Roman Recipes: There were different types of bread there was made by the ancient Romans. Most of these bread was made up of sourdough. The bread could also be made quite easily with barley, millet, wheat and spelled.

Some of the pulses were also used in the later centuries for making bread. Bread was the staple food and it was eaten on all days and at all the meals.

So a combination of ‘bread and circus’ was how the Romans were known as. The Romans did not eat just one kind of bread. 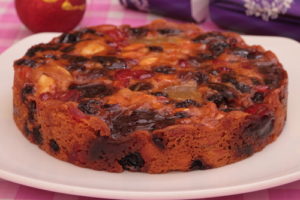 In fact, they had several varieties and types of bread. There is no as such historic recipe for making bread.

One of the recipes for making the bread is:

The ingredients for the making of the bread are as follows:

What exactly is sourdough?

Sourdough is the mixture of wheat in lukewarm water. The wild yeast grows over a period of time. The mixture is thus made to stand for a couple of days. Over a period of some hours, the bacteria’s grow in them. 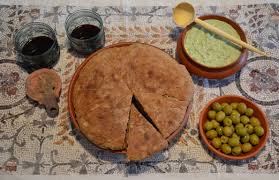 It is quite simple and easy to make sourdough. The only problem is catching the wild yeast. The flour mixture is first of all set and is kept in some safe place. The total dependency here is on what is in the air.

So it is quite left to luck and to nature. If you are lucky, then sourdough would be formed very quickly. Sometimes if luck is not on your side, you can be quite disappointed with what is formed.

There are some sourdough starters that are quite readily available in the market. If the sourdough is formed quite nicely by you then you can gift a little quantity to your friend and in this manner, you can share the good result.

What is Spelt flour?

Spelt is a variety of grain. This kind of grain is completely free from pesticides.

When fresh yeast is mixed and crumbled in Luke warm water. This preparation is made with the help of mixing of the floor. This is left as it is for almost fifteen minutes.