This article gives information on facts for kids about ancient Roman population and the controversy surrounding it.

In the history of Roman Empire, the first century B.C. witnessed the most culturally rich period. It was when the Roman Empire was under the rule of Cicero, Caesar, and Virgil.

The great figures of the ancient Rome of this period were studied by the historians and thus they inferred the pattern and trend of the traditions and customs followed by each of them.

However, the historians were unaware of some basic facts about ancient Rome such as the population of the early and late Rome. Some historians used the remains of the buried coins to know about these facts that were unknown to the world.

From fifth century BC to the first century BC, that is the Roman Republic the adult male Roman citizens were taxed and were enrolled in the military. They were also given the privilege to vote. To keep the record of this segment of the Roman population the Roman state used to conduct periodic censuses.

This discrepancy in the population records was seen and the historians interpret that the Roman Empire later began counting the children and women in the periodic census.

Though this can be a reason for the unexplainable increase in the population, there was no evidence found in the historical records that the entire populace was actually counted during the census.

Some of the historians still believed that the population actually boomed during that period. This meant that the during the period from third century BC to the second century BC, the Roman Empire had been one of the pre-modern societies and it had reached the higher levels of prosperity on the economic grounds.

To put an end to this debate that has been continuing since ages, the theoretical biologists from the University of Connecticut, Peter Turchin and the ancient historian from Stanford University, Walter Scheidel decided to focus on the prevalence of coin hoards in the particular region. 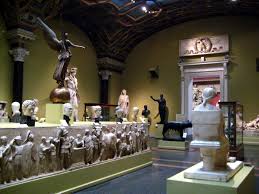 The bundles of buried coins that the ancient Romans hid to safeguard their savings in the period of political discord and great violence helped these historians to come to some rigid conclusions.

These two created a model after studying the coin distribution and presented a clear picture of the census data of the Late Rome which was less debatable. This census was from earlier periods and it clearly proves that the population of Rome actually declined after 100 B.C.

This was pretty clear from this research that the Romans started counting females and children in the census in the late centuries. This also suggests that the ancient Roman population was much higher than that of the late Rome.