The ancient Roman pets were much similar to those we have now. Romans like all kinds of animals as pets. They were very fanatic about the dogs and various dog breeds. 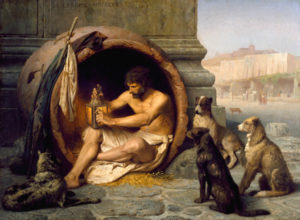 The ancient Roman dogs were chosen on the basis of their functions ranging from those who were expert in hunting to those who were stout enough to safeguard their homes.

Apart from dogs, Romans liked a variety of birds. The Lesbia’s sparrow was one of the bird’s pets that Romans liked. The avian companions other than Lebia’s sparrow might be any bird from a pet chicken to the ring-neck Parakeets. These Parakeets were mostly imported from India. 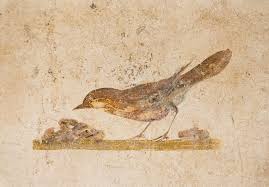 Other birds that were kept as pets by the Romans were geese, quail, starling for mimicry, finches for color, and doves. All of these have been a part of Roman homes and have amused people with their qualities.

Evidence has been found in the form of mosaics and bas-reliefs where you can see the pet goats hitched to miniature carts. Some remains also showed that the mice were harnessed to the wagons and also to the size of matchboxes in the same way. The Romans had pets not only for some users but they actually loved their pets.

This can be inferred from the various sculptures wherein the artists have shown the children playing along with their four-footed playmates and or their winged companions. Some of the paintings and murals show that the animals are at play and the children or the owner is grooming them. These pictures contradict the very belief that the early Roman was a harsh and unfeeling master. 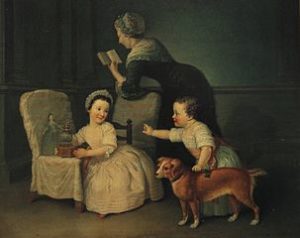 Monkeys are also mentioned in some of the paintings and literature. Romans were dog-loving people and bird loving people. Yet, the cat was also found to be one of their favorites. There are two pieces of evidence which talk about the Romans having cats as their pets.

A mosaic in the House of the Faun in Pompeii shows a cat with some fowl. A spotted gray tabby cat was seen in this mosaic. 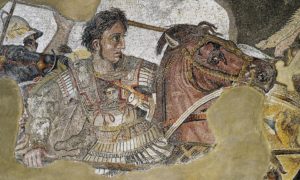 Yet another artifact found in Britannia was a construction piece. This artifact is believed to have cat footprints on the surface.

Another famous breed that the Romans loved was the Molossus. This beast belonged to the mastiff family, and Romans used it to safeguard their homes. This pet has been seen chained in some mosaics which was enough to give the deterrent effect to the houses which had no dogs for protection.

Maltese and other Dogs

The ancient Roman pets include the Maltese and other small dogs of its kind. These dogs in ancient Rome were meant to be companions for women. After conquering Britain, the Romans started importing the breeds of an Irish wolfhound. 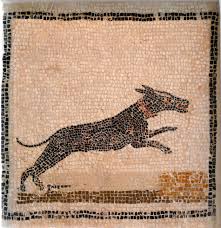 A few of these were pitted against Molossi residing on the sands of the arena. Other breeds were let free to serve their respective functions as chasers for the wild dreadful wolves and deer. The popular sport for ancient Romans was Wolf-hunting on horseback with the help of huge hounds.