The Ancient Roman Fountains, whether public or private were striking features in the ancient Roman cities. The ancient Romans had great regard for running waters. Water symbolized freshness and its ever-changing nature was used to memorialize and immortalize great men and their noble deeds.

Intricately sculptured fountains gave ancient Rome a charm and show how much the ancient Roman cities owe to the charm and enchantment of gushing and sprinkling waters. 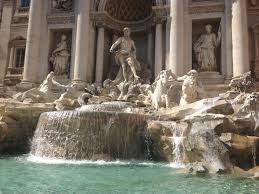 The ancient Roman fountains gathered and invited admiration and praise from people and archaeologists from across the world.

The ancient Roman public fountains were numerous and were designed in either of the two ways mentioned. Firstly, as a huge basin of water called Lacus, or secondly as spouting jets known as Calientes. In some cases, the two designs were combined and blended with marble columns and statues.

The ancient Roman private fountains also existed in great numbers, particularly in the courts and gardens of the ancient Roman houses. They were designed with a large variety of colored marbles and porphyries, or sometimes decorated with bronze statues. 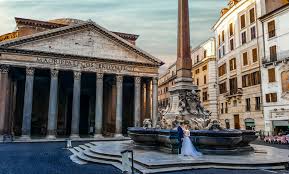 The water sometimes emanated from fishes, shells, or other sea objects or sometimes from lions’ heads in wall niches lined with mosaics, as the fountain at Pompeii. The most popular and sought-after fountains of ancient Rome by tourists and archaeologists are mentioned below.

The ancient Roman fountain of Triton was executed in Travertine by Gian Lorenzo Bernini in 1642. The fountain is undoubtedly one of the most beautiful in the city. It represents the sea monster, half man and half fish seated on the valves of an open shell.

The ancient Roman Trevi Fountain was built between 1732 and 1762 as a ding to a project by Nicola Salvi. The Trevi Fountain is one of ancient Rome’s most famous landmarks and underscores the role of fountains in Rome’s urban landscape. 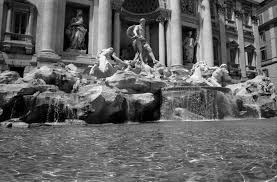 The Trevi Fountain was believed to be a large monument set against a pre-existing building. The architectural and decorative elements of the fountain scenically define the course the water that runs down as a waterfall and collects in the large basin representing the sea.

Next, the ancient Roman fountain of Books was built near the complex of Sant’Ivo Alla Sapienza which was at one time the seat of the University of Rome. It is decorated with a deer’s head and three volumes. 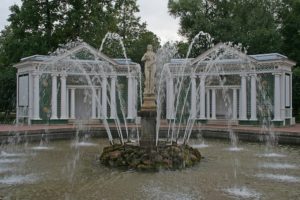 The ancient Roman fountain of the Porter is an illustration of one of Rome’s talking fountains. For ages, the political satires, popularly known as Pasquinades, written by the ancient Romans to ridicule the authorities were attached to these fountains and hence the importance attached to it.