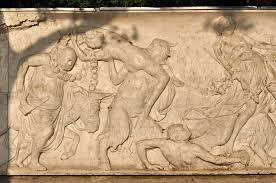 The Imperial cult originated in the ancient Rome. According to this cult, the Roman emperors and certain individuals from their families had the divinely granted power of the ancient Roman Empire. The Imperial cult evolved during the reign of the Augustus. After the cult was introduced in the Principate of Augustus, in the early years of the establishment of the Empire, it was quickly implemented in other provinces of the Roman Empire.

Though the cult was founded in all the regions of the Empire, it was received differently from one region to another. An Emperor after his death could be voted a state divinity by the Senate. As the development of Imperial cult shifted from Principate to Dominate, the military loyalty was regarded as the key to Imperial authority. 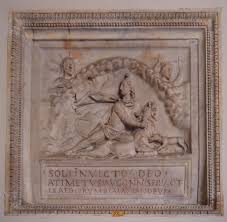 The Imperial cult formed an essential part of the ancient Roman’s official gods. During the reign of Theodosius I, Christianity was adopted as the State religion. Thus, the traditional gods and Imperial cult were ignored.

The Imperial cult is seldom regarded to be different from the traditional beliefs of Rome. However, such theory has been dismissed by present-day historians who claim that the cult in-fact played the role of a binder and brought ancient Rome together.

Cybele was one of the first foreign cults to have been adopted in the Roman culture. Cybele formed an important part of the Roman religion. She was regarded as the Roman goddess from around 204 BC. The cult finds its origin in the region of Asia Minor and with the passage of time, it was amalgamated with several religions around the world.

Cybele was known as Magna Mater Deorum Idaea in the ancient Roman mythology. Cybele was considered to be a symbol of fertility and commanded control over the wild animals, was able to heal ailments and predict future. The Cybele cult was given great importance during the rule of Augustus. A Cybele temple was restored by Augustus near his palace. 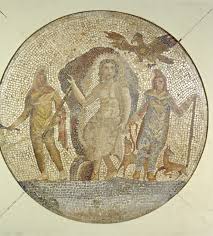 During Claudius’s reign, the festival of Magna Mater was celebrated along with another Cybele festival. In this festival, a ceremony known as Taurobolium was held wherein, a bull was slain and his blood was considered to symbolize rebirth.

According to legends, Cybele was accompanied by a young male known as Attis. It was believed that he died each year and was reborn at the time of spring, indicating fertility and growth of crops. His birth was celebrated with much joy and happiness. A significant festival celebrated by Cybele was the Hilaria. This festival was celebrated in the honor of Attis wherein, people grieved the death of Attis and after he was re-born, celebrated his birth.

Isis was a foreign cult adopted by Rome. Isis was one of the main mythical goddesses of ancient Egypt. Isis was the wife of Osiris, a prototype of dead pharaohs. It is believed that she was the mother of Horus. The cult of Isis is much older than the beginning of the ancient Roman period. Isis was considered equal to many traditional gods in Egypt and other countries.

Of the several names, Isis was popularly known as ‘Queen of Heaven’ and ‘Isis of Ten Thousand Names’. Isis was no longer an Egyptian myth but was popularly recognized as a goddess. She was considered to be a symbol of life, fertility, and motherhood. However, it is difficult to access the exact reasons for the absorption of Isis cult into the Roman religion.

The ancient Roman women adopted the cult. It is said that Isis granted immortality after death to those who worshipped her. She was believed to protect the deceased. Isis was recognized to be children’s goddess. It is said that the Isis cult formed a part of the Greek-Roman societies after Alexander the Great invaded Egypt.

The construction of Isis temple was believed to have been declared after Julius Caesar was killed. However, Augustus was against this idea as he favored the worship of traditional gods. Isis festival of Navigium Isidis was celebrated during the reign of Caligula.

It was another foreign cult adopted by the Romans and practiced from 1st century to 4th century AD. It is said that Mithras was a god adopted by Persian, Greek and Roman societies. The precise origin of this cult is not unknown.

However, according to the findings of the historians, Mithras originated in Western civilization. The Romans called this cult as Mysteries of the Mithras or Mysteries of the Persians. During excavations, Mithras temples were discovered in places surrounding Rome and on the northern borders of the Roman Empire.

These were the regions where men belonging to the working class had settled. These sites also showcase the relation shared by the worshippers and their place of worship. 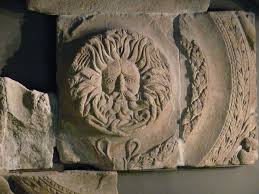 There is a mention of holy supper in the Mithraic art. However, the purpose of it is ambiguous. A ceremony including baptizing in bull blood was also practiced in this cult. Bull played an important part in Mithras cult so much so that any art form relating to Mithras cult showcases killing of a bull. This type of depiction was known as tauroctony or bull-slaughter. Another depiction was that of Mithras above a bull and attacking it.

The Mithraic art included the images of a bull, a scorpion, a dog, a snake, sun, and moon. The center for the worshippers of this cult was the city of Rome. A large portion of data on this cult is available today because of the remains of the monuments, artifacts and other things used by Mithras followers.