The Romans did not invent crucifixion as a method of execution, though it seems that they perfected it. On the basis of the writings of the Greek author Herodotus, it seems that the Persians were the first to use Roman Crucifixion. 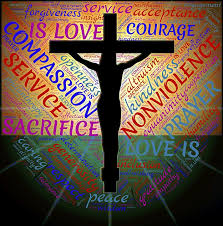 Some ancient sources suggest that a typical cross granted the victim a partial seat, called the Sedile, which was nailed to the upright. It would be well to quote these sources since many writers on crucifixion have drawn implausible conclusions from them.

The punishment of Roman crucifixion was chiefly inflicted on slaves and the worst kind of criminals. Crucifixion was considered a most shameful and disgraceful way to die and condemned Roman citizens were usually exempt from crucifixion.

The manner and process of crucifixion were that the criminal after sentence had been pronounced, carried his cross to the place of execution, which was outside the city. 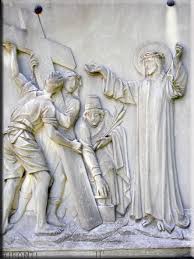 Golgotha, outside the walls of Jerusalem, also appears to have been such a set place of execution. At these places of execution would have been permanently located the upright beam of the cross (stipes) onto which the crossbeam piece which the condemned man carried would be attached.

Though Roman law usually spared Roman citizens from being crucified, they used crucifixion especially against rebellious foreigners, military enemies, violent criminals, robbers, and slaves. In fact, slaves were so routinely crucified that crucifixion become known as the “slaves’ punishment”.

Death by Roman crucifixion was a result of the whole body weight being supported by the stretched arms. When nailed to the cross there was a massive strain put on the wrists, arms and shoulders often resulting in a dislocation of the shoulder and elbow joints.

The rib cage was constrained in a fixed position, which made it extremely difficult to exhale, and impossible to take a full breath. The victim would continually try to draw himself up by his feet to allow for inflation of the lungs enduring terrible pain in his feet and legs.

In its most common form, the cross consisted of two pieces of wood. The upright, called the stripes, was permanently fixed in the ground. The crosspiece, called the patibulum, was carried to the site of execution by the condemned man.

This task was in itself an ordeal since the patibulum was a stout beam like the one used to bar the door of a fortified building. Estimates of its weight range from fifty pounds to more than a hundred pounds. After the crucifixion, the crosspiece was taken down and removed from the site, perhaps as a precaution against thievery.