Ancient Roman Columns Structure: The column or the pillars form an important ingredient of the architecture. It forms a part of the structural engineering. The columns are important because they help in compression and hold the structures well below and above it.

Columns have also been designed for other purposes like wind and earthquake engineering. They are designed so that they can resist the lateral forces. Columns in comparison to the pillars are used more often in order to provide support to the structures like beams and arches.

This supports the parts if the walls and also the ceiling. Columns also add a form of aesthetic beauty to the place and to the structure. It adds to the decorative element of the place. 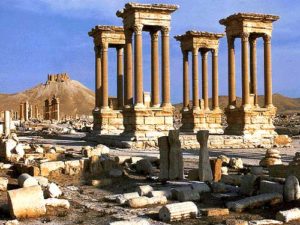 There is some modern form of columns that have been made out of steel, concrete, and brick.

According to the writings that have been found of the Greek and the Roman writers, it has been found that the Greeks believed very much in the Doric order. This is a technique that involves using wood for building.

This is the simplest and also the classical method. This method involves a vertical cylinder that is wider at the bottom. Generally, it does not have a base or a detailed capital.

Generally, it is topped with a frustum on the top. 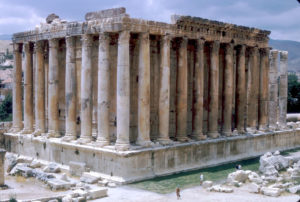 According to the Greeks, it is the heaviest and the massive among all the orders that are used. It is usually four to six times as tall as its diameter. This order was not used after 100 BC.

This order is also known as the Roman Doric. This order has quite a prominent base. At the top, there is a structure like a scroll. The height and the thickness ratio is strictly 9:1.

The Corinthian order is something that is connected to the period after which it has been named. It has been named after the Greek city of Corinth. It is sometimes referred to as the feminine order.