Ancient Roman Climate Weather: Rome is located in the Lazio region of central Italy on the Tiber River. The ancient Romans had the same climate as it has today. Because of climate they had some advantages and disadvantages at the same time. But they were able to overcome it as they were very much ahead of their time.

The weather was usually sunny in ancient Rome and had an even amount of rain. It rarely faced any natural calamity like storms, large waves etc. Mother Earth was hardly violent to them. Volcanic eruptions were very rare until Pompeii. Pompeii’s eruption was one of the most devastating, tragically eruptions of its time.

Rome enjoys a Mediterranean climate. Summer was normally very dry and winter was cold and blizzard. Spring and autumn are mild to warm. The ancient Roman climate was basically known to be sunny and warm. The average high temperature in January was about 12.9 degree Celsius but during summers it was hotter than this. 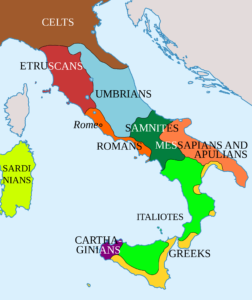 December and January and February were the months of snowfall. Generally, summer lasted for six months, i.e. from May to October. April and November months were transitional. Sometimes was above 20 degrees Celsius as well.