Ancient Roman City Planning: Unlike Rome itself, many cities and towns of the Roman Empire were planned, but mainly as military camps. They featured a grid with a forum at the center, and baths, basilicas, amphitheaters, and markets.

Rome developed from the combination of small farming communities around a hilltop fortification. The city, which was founded before regularized city planning, consisted of a confusing maze of crooked and gnarled streets. The focal point of which was the city’s forum, the main meeting place and site of the many religious and civic buildings such as the Senate house, records office, and basilica. 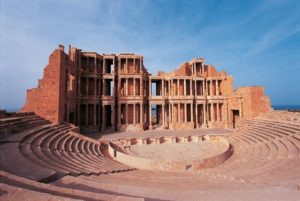 Ancient Rome grew from a settlement founded around 700 BC on seven hills near the Tiber river.

Roman cities were planned with two major streets running East-West and North-South intersecting at the forum, which was the center of commerce in the city.

Its Capitol had a similar function to the Athenian Acropolis. And its forums, with temples, baths, basilicas, and colonnades were places for business and recreation. Many of these buildings were in the classical style copied from Greece.

In the new foundation of 44 B.C., the Romans utilized many of the existing Greek buildings in the design of their own city, although the organization and city plan of the Roman colony was different than its Greek predecessor. Additionally, evidence exists for what is likely to be several phases of Roman agricultural land division (Centuriation) of the Territorium of the city.

During the early times of Rome, many public buildings were financed by wealthy families. They received honor and notice for their building, and it was a way to develop political power. By the fourth century, the private building had stopped completely due to drying up of commerce. 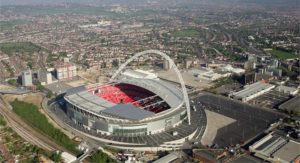 Main streets were often designed carefully to accentuate the housing and monuments that would appear on any given street. Side streets would often be no more than passages, with flights of steps, and sometimes scarcely broad enough for two people to pass in comfort.

Rome in the later stages became a very large welfare state. In second century AD, 175,000 people received public assistance from the city; which translates to about 1/3rd of the population. In the later time of the empire, many resources were spent on entertaining the citizens of Rome. The Circus Maximus was able to seat 255,000 at one time. The famous Colosseum held over 50,000 and was able to be flooded for mock naval battles.