Ancient Roman Boats: There are some quite historic ships that were used at that time. They are: 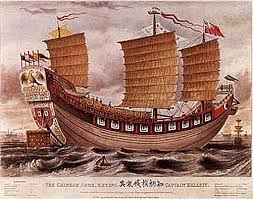 A thick log, generally from the oak was hollowed and a narrow canoe was made out of it. It was in Europe that they were first made. It was built there in the 8000 BC and they continued been made for a very long time. 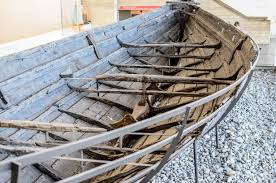 Some of the replicas of such a boat were made in the later years and they were given different other names.

Around the wooden frame, a skin was tied on the piece of wood. This was not a widespread kind of a boat. This boat looks like the very first attempt of the mankind in boat making.

There was a small form of reed boats that were made up of grass. These boats have been used majorly in Egypt. In the South American region, the reed boat is still quite commonly being made.

This was the quickest form of a ship. It has a very narrow structure that attributes to its speed. This used to generally sail for the purpose of transportation.

This was like a racer boat and was considered to be quite a high tech. This could very well chance and defeats the enemy boat because of its speed and strength.

The assembly of this ship was a very difficult job. The ship was reared in such a manner that it had rudders that connected to each of the sides.

It was a classic example of the Chinese sailing vessel. It is still in use and it has not become redundant yet. There is proper sail that is attached to the ship. A lot of very long and exploratory expenditures took place on the junk.

This was traditionally a very Arabian ship. The word dhow has been used and applied by the European in many ways. What is common in these categories of ships is that all of them have a common triangular lantern.

This is a European ship that had a flat bottom. Some of the replicas of this type of ship were made later on.

This is the rowing ship that was commonly used at the time of wars.

This is by nature and existence a very Spanish and Portuguese merchant ship.