Based on a large number of Roman battles and wars that were fought in the ancient Rome, there is a military manual that speaks about the tactics that were used by them.

It highlights the importance of the choice of ground that was made. It was pointed out that there was an advantage of height over the enemy. It was also highlighted that the rougher the ground the better it is.

In case there was a strong wind blowing then this would be of advantage to the missiles and this will also to some extent result in the blinding of the enemy.

The horsemen were generally considered to be the secondary force for fighting at that point in time.

The battle line was such that each of the men should have at least 3 feet of distance space with himself so that he had the freedom of movement. While this same distance between two people of different ranks is around 6 feet. 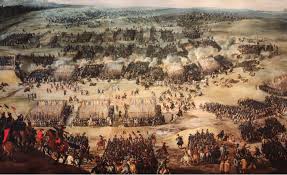 There were around 10000 people who were placed on a ground that measured around 1500 yards by 12 yards. It was not advisable to further extend this line.

The commanders would generally take up the position that was on the right side of the wing. The tortoise was a type of an essential formation. This helped in creating a shell-like armor that protected from the missiles.

The wedge shape was used for the purpose of attacking. This enabled a one man who would point at the enemy.

There was another kind of formation and this was known as the skirmishing formation. This formation was used and there was wide line up for the troops. This was a type of formation that allowed and gave large amount mobility to the soldiers.

The orb was one of the popular defensive positions. This was in the form of a circle and it was taken by a unit. This was something that enabled and provided the proper and effective defense to the army. It also helped in having proper discipline at the time of the war.