“All roads lead to Rome”. This is an old saying, but in fact, it once did. The Ancient Roman Roads System was one of the best manifestations of greatest engineering of its time. It had almost 50,000 miles of paved road from the center.

Why Built the Roman Roads 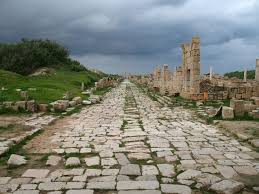 It was used to move armies and trade goods. Roman roads were originally built to facilitate the movement of troops throughout the Empire.

Roman roads were so developed that they even had military highways which were of great help to Romans during the times of war. The Romans were the first civilization to built paved roads. Ancient Roman roads played a vital role in maintaining the stability of the Empire and its expansion. 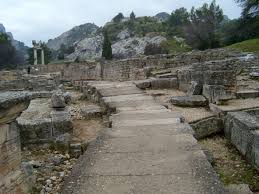 The Roman’s roads were known as ‘viae’. The word is related to the English word ‘way’. The first paved road of ancient Rome was ‘Appian Way’. These roads were, however, more than leveled earthen tracks.

Ancient Rome had a dense network of roads. Roman roads were such a good example of engineering that they were constructed in such a way that would allow the water to run off. They were higher in the middle than on the other sides.

Even today, these roads are used as the best medium for transport and are major thoroughfares for cars. These roads played an important role in strengthening the unity of such a vast Empire. 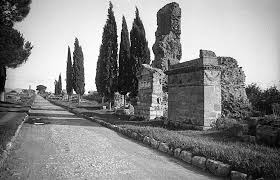 As a result of such a good network of roads, goods were constantly being shipped throughout the Empire. These roads also helped Rome to boost their economy.

Roman Roads Construction and their Names

Roman roads were named after the person who had ordered for their construction of reconstruction. It sometimes took the name of its destination. The road was also sometimes renamed after a major work was ordered on it.