Ancient Roman Parties: The cuisine of a culture is largely defined, by those who possess the wealth to eat what they fancy, rather than what they can afford. And the Romans were, of course, no exception. 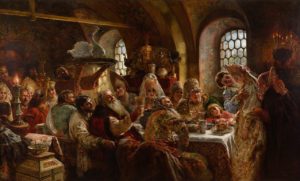 Dinner, Cena, was the main meal of the day. It would begin toward late afternoon, perhaps after one had enjoyed a bath. Starting early, it could last for hours. The dinner parties of the wealthy were elaborate, gluttonous affairs. 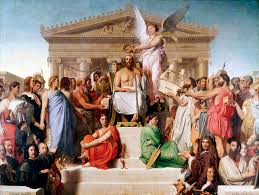 Many dinner parties given by Roman grandees were meant to impress the guests. Rather than sit at the table, the Roman dinner guest reclined on his left elbow, picking the food off the table with his fingers.

The dinner was made up of three main courses, which would, in turn, consist of any number of dishes. The first course, the starter, would consist of eggs prepared in many different ways. There would be a selection of salads, vegetables, shellfish, snails or – a Roman delicacy – roasted, stuffed dormice. A rich host might well present his guests not with any particular of these starters, but with a selection of all of them.

As for the main course, this would invariably consist of some meat dish. Once more, depending on the host’s wealth it would be a whole range of dishes. And so meats would not necessarily restrict themselves to beef, lamb, and pork or fish.

The dinner party would end with a dessert such as fruit – pears, grapes and apples, cake or pudding.

Though the rich host’s ambition with exotic meats was to impress, the sauces which were served with all these dishes tended to be the same, and their strong taste invariably made all the dishes taste the same. These sauces, in fact, formed much of the basis of Roman cuisine.

The main sauce served was liquamen, an intense fish sauce. Other sauces, derived from liquamen, were mostly garum, along with Oxugarum, Maria, Allen.
Garum was the most sought after and hence most expensive sauce. Records suggest that the finest Garum was that imported from Spain.

The beverage of the Roman world was wine. It was more than a mere drink; it was a sign of civilization. 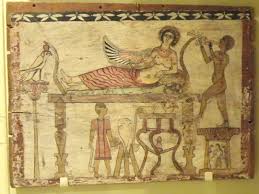 The best wines, such as Caecuban, Setian, Massic or Falernian, came from the border regions between Latium and Campania
Wine would also be mixed with honey to a make refreshing appetizer called Mulsum.

For the Roman Parties were not only about food and drinks. A rich man’s banquet would often include entertainment by dancers and the entertainment could in some cases spill over into entertainment with the dancers. 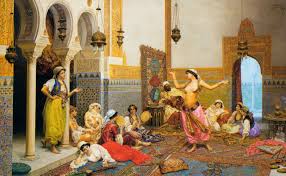