C. Sallustius Crispus, more commonly known as Sallust, was a Roman historian of the 1st century BC, born around 86 in the Sabine community of Amiternum. There is some evidence that Sallust’s family belonged to a local aristocracy, but we do know that he did not belong to Rome’s ruling class.

Thus he embarked on a political career as a “Novus homo,” serving as a military tribune in the 60s, quaestor from 55 to 54, and tribune of the plebs in 52 respectively.

Sallust was expelled from the Senate in 50 on moral grounds but quickly revived his career by attaching himself to Julius Caesar. He served as quaestor again in 48, as praetor in 46, and governed the new province in the former Numidian territory until 44. Sallust’s political career ended upon his return to Rome and Caesar’s assassination in 44.

There are two full historical works that have been convincingly ascribed to Sallust, the monographs, Bellum Catilinae and Bellum Jugurthinum. But we have only fragments of the third work, the Historiae. There has been very little confirmation as to the authorship of some other works that have, at times, been attributed to him.

In Bellum Catilinae, Sallust outlined the conspiracy of Catiline, a brash and ambitious patrician who tried to seize power in Rome in 63 BC.

In his other monograph, Sallust used the Jugurthine War as a backdrop for his examination of the development of party struggles in Rome in the 1st century. The Historiae describe in general the history of the years 78-67 BC. 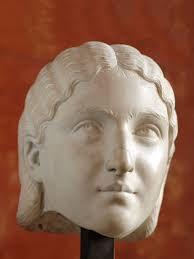 Although Sallust’s purposes in writing have been debated over the years, it will be logical to classify him as a senatorial historian who adopted the attitude of a sensor. The historical details outlined in his monographs serve as paradigms for Sallust.

In Bellum Catilinae, Sallust used the figure of Catiline as a symbol of the corrupt Roman nobility. Indeed, much of what Sallust wrote in this work did not even concern Catiline.

The content of Bellum Jugurthinum also suggested that Sallust was more interested in character studies for e.g. Marius than the details of the war itself. With respect to writing style, the main influences on Sallust’s work were Thucydides and Cato the Elder.

Evidence of the former’s influence includes an emphasis on politics, use of archaisms, character analysis, and selective omission of details.