Ancient Roman Doctors did not enjoy as good a social status as their counterparts did in Greece. The main reason for this was that most of the doctors in Rome were freed, Greek slaves. Hence most of them were regarded with suspicion. 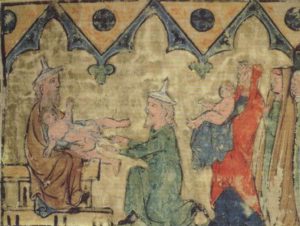 They were considered to be liars and cheats. Most of them were self-taught or apprentices and they called themselves healers. Because of lack of any formal requirements and authority, anyone could call themselves a doctor.

Ancient Romans took a lot from the Greeks regarding medicine like their belief in both physical instruments and tools as well as in rituals for curing diseases. The Romans used the Greek theory of Four Senses of humor and texts by Hippocrates and his followers (Hippocratic Writings), although in some matters they differed.

Romans believed in the prevention of diseases rather than curing them. They were the first ones to introduce the concept of public health, unlike the Greeks who considered health to be a personal matter. They also used to boil their tools in water before using them. They built public baths, proper sewage, and other public hygiene facilities.

Since they adopted a lot of Greek’s medicinal belief and ideas; they also adopted the cult of Asclepius. Asclepieions were basically places of healing containing baths, gardens and other facilities designed to improve people’s health. People who were being treated in Asclepieions would sleep in front of the statue of a god in the hope of being healed by him during their sleep. 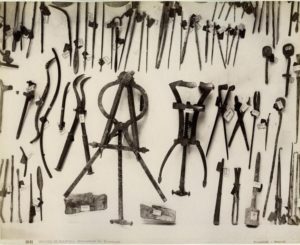 The improvement in the position of doctors in the Roman society happened later during the rule of Augustus after the fifteen-year civil war immediately following Julius Caesar’s assassination. This war caused a lot of injuries and diseases which required urgent medical help. This fact was recognized by Augustus who formed a professional military medical corps.

Realizing the importance of doctors in a society and for his military, he gave all the doctors that joined this new military corps dignified titles, land grants and special retirement facilities. After that, the profession started becoming respectable. These Roman war doctors learned to prevent epidemics. They also introduced the concept of permanent hospitals with different rooms assigned for different tasks. 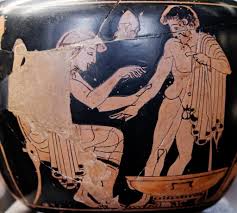 One of the most famous Roman doctors was Galen. He started by treating gladiators. He believed in the theory of four senses of humor. He also was interested in anatomy. However, at that time dissecting humans was forbidden. Hence he had to dissect animal bodies. His writing dominated the field of medicine for centuries.

Some other famous doctors in the Roman empire were Aretaeus of Cappadocia, who wrote a treatise on diseases and their causes, symptoms, and cures; Pedanios Dioscorides, who wrote a text on herbal medicine; Soranus of Ephesus, who wrote on Obstetrics and Gynecology; and Onbasius, who wrote an encyclopedia of medicine, which consisted of around seventy books.