Ancient Roman Comedy Theater: The theatre of ancient Rome was a thriving and diverse art form, ranging from festival performances of street theatre, nude dancing, and acrobatics, to the staging of Plautus’s broadly appealing situation comedies, to the high-style, verbally elaborate tragedies of Seneca.

Although Rome had a native tradition of performance, the Hellenization of Roman culture in the 3rd century BCE had a profound and energizing effect on Roman theatre and encouraged the development of Latin literature of the highest quality for the stage.

The first important works of Roman literature were the tragedies and comedies that Livius Andronicus wrote from 240 BCE. Five years later, Gnaeus Naevius also began to write drama. No plays from either writer have survived.

While both dramatists composed in both genres, Andronicus was most appreciated for his tragedies and Naevius for his comedies; their successors tended to specialize in one or the other, which led to a separation of the subsequent development of each type of drama. By the beginning of the 2nd century BCE, a drama was firmly established in Rome and a guild of writers or as it was called ‘collegium Poetarum’ had been formed. 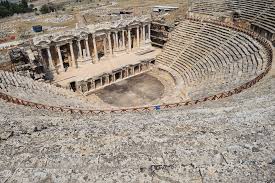 The ancient Romans had native forms of drama like the Atellan farces, which were improvised by masked actors impersonating stock characters like the glutton and the clown. There were also exchanges of obscene dialogue at harvests festivals, perhaps similar in spirit to the Greek kosmos and phallic processions.

In the Roman Comedy Theater, these kinds of comedy, however, were primitive in comparison with Greek comedy. When the Romans became acquainted with Greek culture in the third century BC, they were drawn to the New Comedies that were so popular in that era. New Comedy, which lacked the specific political and social references of Old Comedy translated well to Rome.

Roman playwrights began to adopt Greek New Comedies for the Roman stage. The two most famous Roman comedians were Plautus (254-184 BC) and Terence (185-159 BC) respectively. All surviving Roman comedies were written by these two authors. Their plays were much more than just mere translations of the Greek originals. Plautus was especially original in his adaptations, turning them into musical comedies. 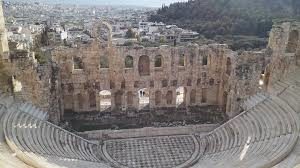 All of the six comedies that Terence wrote between 166 and 160 BCE have survived; the complexity of his plots, in which he often combined several Greek originals, was sometimes denounced, but his double-plots enabled a sophisticated presentation of contrasting human behavior.

In contrast to this, however, no early Roman tragedy survives, though it was highly regarded in its day; historians know of three early tragedians-Quintus Ennius, Marcus Pacuvius and Lucius Accius. From the time of the empire, the work of two tragedians survives-one is an unknown author, while the other is the Stoic philosopher Seneca.

Nine of Seneca’s tragedies survive, all of which are fabulous Crepidata (tragedies adapted from Greek originals); his Phaedra, for example, was based on Euripides’ Hippolytus. Historians do not know who wrote the only extant example of the Fabula praetexta or ‘tragedies based on Roman subjects’, Octavia, but in former times it was mistakenly attributed to Seneca due to his appearance as a character in the tragedy.

The Romans called these adaptations of Greek comedies fibulae palliate or ‘plays in a Greek cloak’. The fibulae palliate had characters with Greek names in Greek settings, but the audience understood that the characters were essentially Roman. This practice allowed the playwright to turn Roman mores upside down without upsetting the audience or undermining Roman morality.