Ancient Roman Busts: The statues were something’s about which the Romans were proud of.

Some of the most popular Roman Busts are as follows:

There are in total 10 different versions of the Apollo bust. Apollo was the God of archery. He was also considered as the God of agriculture and also the God of animals. The most famous of the 10 busts is the one that is sculpted by an Athenian sculpture name Leochares.

This was made in the 4th century. This has been well preserved and now it forms a part of the Vatican museum. All the bust are classics in themselves. The busts show the noble classical feature very well.

This was also sculpted by Leochares again in the 4th century. This also has been preserved in a good condition and now it forms the part of the Vatican City. 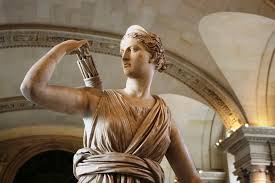 She was someone who was quite commonly worshipped in the forests and also in the groves. There is a connection that has been established between Diana and fertility. It is assumed that probably she was considered as the Godmother. She was a very powerful female symbol.

There are a number of stories related to Medusa that have been told a number of times. There are equal numbers of versions of the same story that quite parallel exists.

One of the stories among the most popular lot describes her as a hideous monster. She is such a monster that even a glance of hers would turn a person into a stone-like structure.

The paint of the picture has though been done quite beautifully. There is a story that tells that it was her own vanity that had got her a curse and she had turned in to something very similar to a monster.

It is said that it was her pride that had actually betrayed her. This had enraged Goddess Athena who has made her look ugly. The sculpture is believed as a replica of the original Greek statue.

4. Diana of the Hunt Goddess

According to the Greek mythology, Diana was the Goddess of the moon. Some also say that she was also the Goddess and a guardian of the springs and she protected the wild animals.

In the art form, she is shown as a very young hunter who is carrying both a bow and arrows.